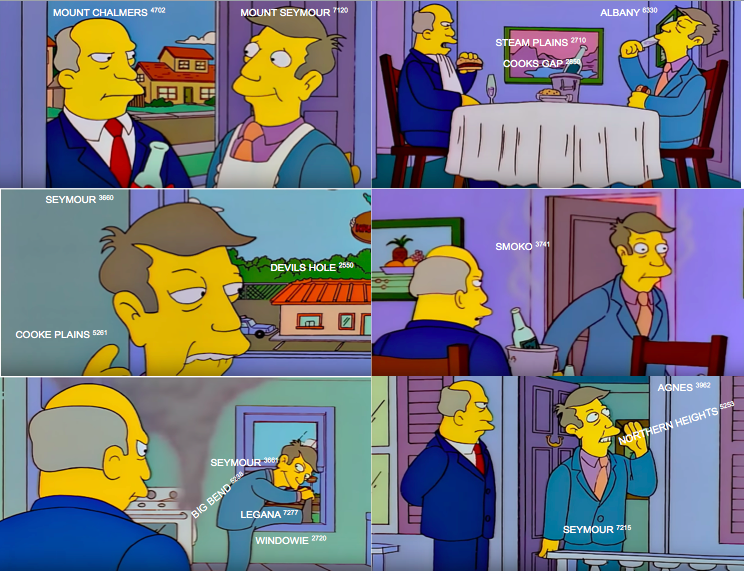 I’m trying to reassure myself that the time and energy spent translating Robin’s story wasn’t wasted. I now know how the game works, how far I can bend pronunciation or stretch grammar in writing around the postcodes. I can get to work on my own story. A list of potentially usable suburbs grew as I worked my way through the translation of Robin’s story, scribbled onto loose sheets of paper:

One of my first ideas is no doubt inspired by the erotic mistranslation of Robin’s sample. Search for “MOUNT”. Command C. Command V. A quick edit. An orgiastic option that operated like a perverse bucket list. A commanding list of instructions that ran from the romantic (Mount Joy) to the pornographic (Mount Surround). There instructions vary from first names (David, Delany); to surnames (Chalmers); to bestial demands (Mount Fox, Mount Emu); to necrophilic demands (Mount Marrow); to necrophillic and bestial demands (Mount Kilcoy); to occupations (Mount Berryman, Mount Gardiner); to race or nationality (Mount French, Mount Holland, Mount White); to celebrities (Mount Bruno)…:

Following this is a reworking of the Steamed Hams scene from The Simpsons. I make it as far as a workable first draft:

Having a hit wall, but inspired by the approach, I try another more cinematic translation, based on the dramatically named Diehard, New South Wales. Get a pretty accurate rendition of the movie with barely any additions to the postcodes:

Both have me a little worried about allegations of copyright infringement. I needed something closer to my experience. Closer to home.

Like a magic eye revealing a sailboat or a schooner or a spaceship, like a succession of successful clicks through a stethoscope confirming a safe’s correct combination, like a flash of lightning filling this knotted network of string with an electric charge, a realisation. In considering only the alphabetic aspects of the postcodes one half of their narrative and poetic potential was potentially being overlooked. Some quick calculations confirmed this, and the need to dig a little deeper.

There’s people here that have suspicions about the moon landing and big pharma and whether or not jet fuel has the wherewithal to wither steal beams and where I may not have seen the logic of their arguments before I can now better understand the suspicion cast on the shadows cast on the moon. Partial evidence is more compelling than the full picture. It leaves a little room for you and all your yarn.

Yes, Menzies is apparently the last Australian Prime Minister to leave office of his own accord. But isn’t it just the tiniest bit conceivable that Holt – no spring chicken himself, and no doubt acutely aware of the clock’s ticking (at 57 he would be the fourth-oldest man to assume office) – finagled a backroom deal wherein he played Menzies’ age – the man was 70 – against him, but allowed him to leave ostensibly on his own terms. Menzies spends the next 22 months quietly fuming out of the hearts and minds of an unassuming public. Holt, taken by the view, goes for a dip in the sea… Menzies sees no sunset, but an opportunity, or plans coming to fruition.

The addition of Blue Vale to Yellow Dam made Greenmount:
The evidence continues to mount.

Hamilton Johnson won the Walkley Award for Best Piece Of Newspaper Reporting in 1968, recognising his coverage of Holt’s disappearance in December the year before, for Melbourne’s The Age. Hamilton had long been sympathetic to Menzies in his reportage, and it isn’t entirely inconceivable that the former prime minister may have been handfeeding him the scoop. It would also explain why award-winning reporting got away with getting so much wrong…

Hindsight is a wonderful thing, but how strange that postcodes, introduced a few months prior to Holt’s disappearance, should reveal so much about it.

Harold’s wading across the ocean is foretold to result in the sea downing him like a loadstone; the risk, however, is here already known to be a trick. The driving force behind the ploy is plain to see (Menzies), and the pun alludes to the drowning with the suggestion of faucet. Giving further evidence to the Menzies theory is another equation featuring the Victorian suburb of Sea View.

Although Malcolm Fraser (a fellow Liberal) would not enter office as prime minister until 11 November, 1975, the reach and range of his political power is here predicated on Holt’s failed crossing of the Sea View.