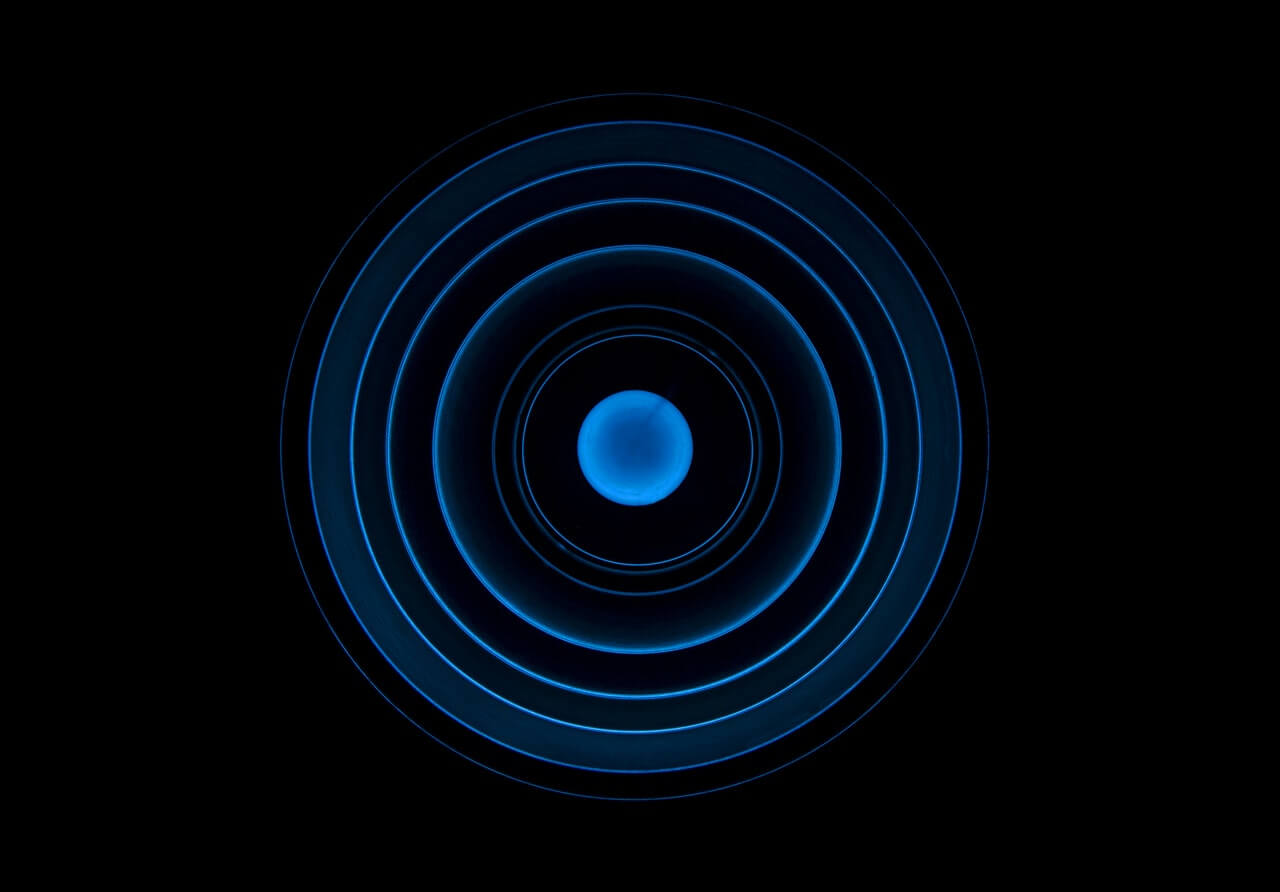 Words || Jack Cameron Stanton
“It’s possible that our further abandonment of reality for simulation is creating a new degree of integration in which the realness of reality is not only elusive but altogether unattainable.”

Already we live in a digital age where competing versions of reality are trying to seduce us. The time for apocalyptic fires to rain from the sky has come and gone, and our world has fused ineluctably with simulations of reality. To write this blog post I interviewed a friend of mine who works at an augmented reality firm in Silicon Valley, who didn’t want to go on the record because—in banally stereotypical American style—one of his colleagues is currently experiencing legally-condoned character assassination for sharing some of his knowledge about augmented reality with a competitor.

Imagine. You’re in high school chemistry class and just don’t get what teach is talking about. Rather than using a textbook 2-D diagram of H2O, the teacher projects a 3D hologram of the molecular structure into the middle of the room. You walk to the molecules, rotate them with their hands, even separate individual atoms for closer inspection. You combine chemical compounds and watch how they react to form new ones, referring to the annotations floating beside atoms that explain step-by-step what is occurring. The teacher sighs and collapses into their desk to enjoy a flat white and Fin Rev.

A bus arrives at Central during peak-hour. Instead of scrolling your smartphone, a Tripview list descends before your eyes with a list of stops and estimated arrival times.

You escape Sydney for a sanctuary in the bush. At night you leave your tent to stargaze. A computer draws all the planets and constellations and galaxies upon the night sky.

It’s possible that our further abandonment of reality for simulation is creating a new degree of integration in which the realness of reality is not only elusive but altogether unattainable. As postmodernist Jean Baudrillard famously defined in Simulacra and Simulation, “simulation is no longer that of a territory, a referential being, or a substance. It is the generation by models of a real without origin or reality: a hyperreal . . . We live in a world where there is more and more information, and less and less meaning.” It’s only a matter of time until we experience a revolutionary shift from device technology to augmented reality (AR). It’s already happened in novel ways, such as Snapchat filters or interactive games like Pokémon Go. But AR’s rollout into commercial society is more significant than catching Geodudes on the subway; it activates fresh ethical predicaments, especially when it comes to privacy and the collection (and selling) of personal information. It’s no longer a question of whether AR will happen, it’s when—and just like the smartphone, when AR becomes commercially and socially viable it will transform the ways we work, think, interact, and learn.

Put simply, augmented reality places digital information and objects on top of the real world. These virtual computer-generated objects and information enhance, augment, or interact with reality. The ability to perceive the physical world is what separates augmented reality from its sister technology, virtual reality, which immerses a viewer into an entirely synthetic world. In other words, AR superimposes itself on reality; VR abandons it.

This proximity to the real is what prompts much ethical debate, especially when it comes to privacy. A dystopic way of looking at it is by concentrating on the potential for advertising, which is already far more pervasive than ever before, to proliferate even further. In augmented reality, any space – even dead space – is potentially advertisement space.

The best portrayal of this dystopic envisioning is filmmaker Keichi Matsuda’s six-minute short film Hyper-Reality, which hypotheses a near future totally enveloped by AR technology. In the video, a woman walks through a psychedelic, chaotic city (maybe Tokyo) characterised by signs, ads, and overloads of information. She is bombarded by advertising neon frantic for her attention even though she’s performing quotidian things, such as riding the bus or shopping in the supermarket. Maybe the most iconic moment happens when the woman enters the supermarket and her augmented reality interface malfunctions. When the hyperreality powers down she’s stranded in good old ugly reality. Matsuda shows us what Baudrillard meant when he claimed that “it is not about a parallel universe, a double universe or even a possible universe—neither possible, impossible, neither real nor unreal: hyperreal—it is a universe of simulation, which is something else altogether.”

It’s true that engineers are generally stereotyped to be the least considerate of moral implications of the things they build. There are already whispers of Apple inventing augmented reality ‘smartglasses’, and big companies such as Magic Leap, who are already spruiking their untethered augmented reality headset as ‘the death of the screen.’

We’ve only just now adjusting to the intense revolutionisation social media and smartphones caused over the last decade. Mark Zuckerberg’s congress hearing is a prime example of how it’s only now dawning on us how much private information  we have entrusted to corporations. But at least the American congressmen could point an indignant finger somewhere, in that instance Facebook, whereas in an AR world, where things are de-centralised, the finger won’t necessarily know where to point. The question is no longer ‘how are you protecting our data?’ it becomes ‘who is protecting it?’

So why is privacy such a morally complex issue? First off, current Australian legislation in Schedule 1 of the Privacy Act 1988 doesn’t obviate the potential ideological disaster of AR. In fact, many conditions in the Privacy Act, such as transparent management of personal information, the right for individuals not to identify themselves, and in particular the definitions of what is and isn’t solicited personal information, seem limp and ineffective.

Essentially, privacy is necessary because it allows people to explore and scrutinise personal beliefs without outsider judgement. We don’t want to discourage that freedom – but by creating a virtual space governed by a business colossus, like Microsoft, won’t privacy be invaded even more so than today? As one of the world leaders in AR wearable tech at the moment, what kind of legal and moral responsibility does Microsoft have? Would breaching this trust discourage behavioural and ideological innovation in the long term?

The answer remains unseen, although the future doesn’t wander from current ‘anti-privacy’ issues produced by smart phones and the digital world; actually, in most cases, AR exacerbates the paranoias of technology and privacy we suffer from today.

For example, the recent Cambridge Analytica scandal doesn’t require much imagination to see how tech companies with too much access to our information will surreptitiously swap morality for avarice. Since 2014, Cambridge has accessed the personal info of over 87 million people with the intent of manipulating the masses in favour of certain political views. It sounds like the premise from a slush-pile screenplay, and yet there it is, making headlines.

Already the ethics of data collection and cybersecurity are viciously debated, since smartphones can track your movements, record your search history, locate your car, find out who you’ve contacted, what you’ve messaged, and so forth. There have been big criticisms of the ways that social media and other Internet enterprises tailor and target advertising content to the individual, because that style of hyper-specificity encourages narrower worldviews. AR technology grants organisations even more access to people’s private spheres, bolstering data collection that can be used for self-advantage. This breach of privacy, however, isn’t new – only intensified.

But the real question is whether the utility of augmented reality outweighs its moral precariousness. It will revolutionise education and elevate plenty of other things. Think of it like this. Modern navigation has reached near-optimum performance, with GPS and smart phone maps making it nearly impossible to get lost. What AR can do is take this information and project it onto the road itself, providing real-time data and directions, instead of resorting to that good old distracting smartphone screen.

Technical support will leap forward, making it easier to walk someone through difficult steps of maintenance and assembly.

But of course, think of the marketing opportunities. . .

Renting a car for the weekend and the tyre pops on the Freeway?

With AR you can have a holographic expert by your side showing you how to change your tyre step-by-step.

At your command, the new AR headset can translate it into English almost instantaneously.

Are you sick of fumbling with the classroom’s complicated Bunsen burner not knowing what the hell you’re doing?

Along this line of thinking, it’s easy to envision AR’s significance to our future despite its contemporary, rather novel, usage. Snapchat filters slapping moustaches on faces or Pokemon Go allowing you to “Catch ‘em all!” in your neighbourhood dog park prove that AR is experiencing the growing pains suffered by the Internet: from novelty to widespread social, political, environment, and technological evolution.

But sci-fi/tech thriller author David Suarez captures augmented reality paranoia best when he says that ‘facial recognition, license plate readers, Bluetooth ID’s, and a host of other de-anonymising technologies coupled with an AR headset could make it possible for individuals navigating a public street to instantly retrieve detailed information on people passing by.’ There’s something morally unsettling about the sudden exposure of private lives in the public sphere.

Three things to be mindful of in this emerging second world: The social and ethical challenges to privacy; the threat of physical safety (just take a look at the smart phone’s body count); and the proliferation of unwanted augmented advertising.

With AR contact lenses already in prototype stages, we should be aware of incoming change, where ‘a person walking around in the physical world will no longer just be a person, they will become part of the “Internet of Things”’, as futurist Gregory Kipper dubs it.  It seems there’s little the individual can do to preserve old traditions of existence anymore, because regardless of our consent. The Internet of Things is the embedding of technology into all of our possessions, making them interconnect and electronic. Ridiculous contraptions. You know . . . a wifi-fridge, for example, or lights you can control with an app on your phone. Everything is becoming a giant, simulated machine blending with our reality, and the bleeding edge is no longer a clear understanding: it seems soon as we’re about to figure out how this new hyperreality works we find ourselves disappearing in the void again.

Jack Cameron Stanton is a writer and critic based in Sydney. His work has appeared in The Australian, Southerly, Seizure, Voiceworks, and Neighbourhood Paper, among others.