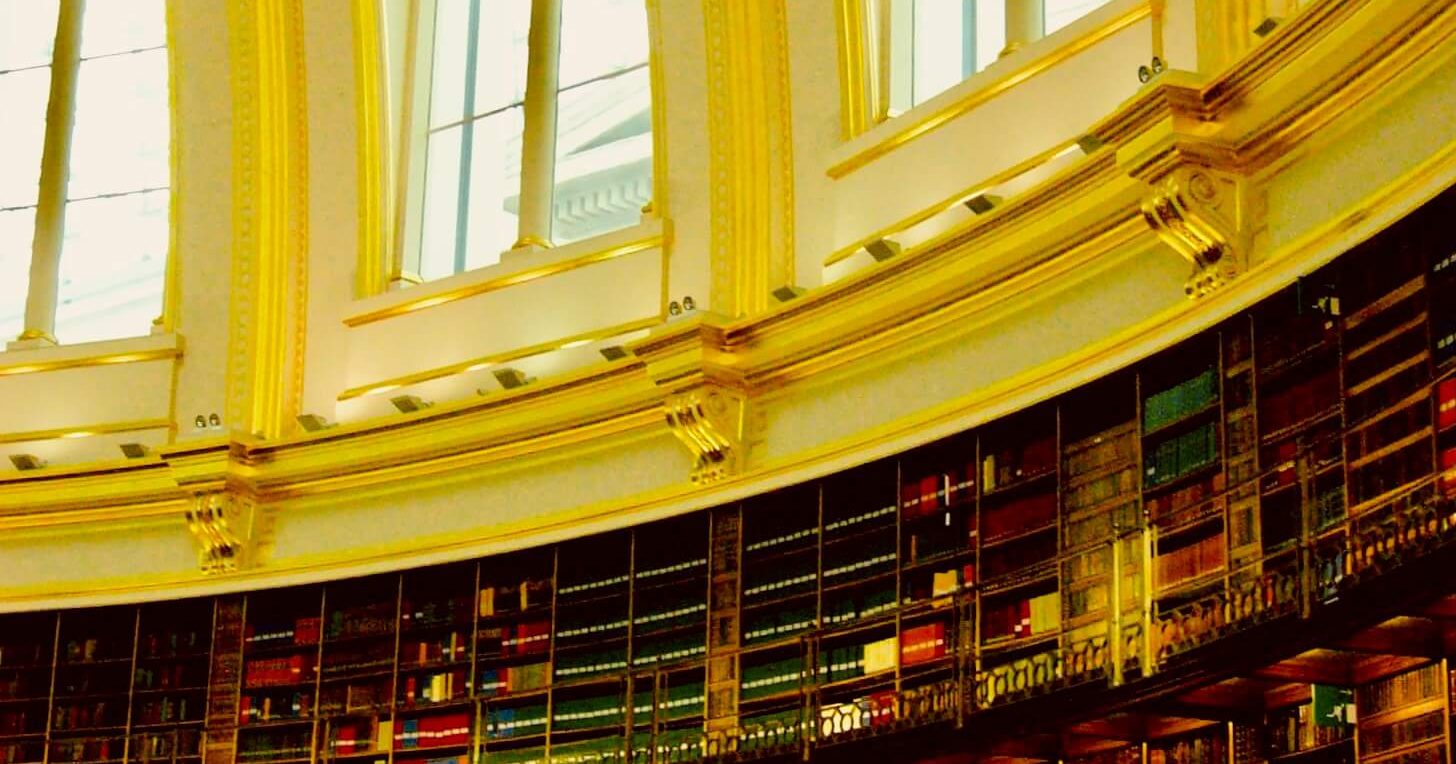 I’ve been thinking a lot about stories, and storytelling lately. I suppose I should — after all, I’m a writer. Aren’t stories my stock in trade?

But, like most writers, a lot of my time is spent thinking about other things — mainly the things that will pay the bills and feed my children more than writing does (and does less and less now).

Like many writers (including last month’s blogger, the excellent Luke Carman), I’ve had lots of different jobs to pay the bills and allow me the time and headspace to write. I’ve been a financial planner and stockbroker in Sydney’s CBD and managed a pub on a mountain on the Isle of Man. I trained as a clown and almost joined the circus (until foot and mouth disease halted the tour). I’ve worked in a sex shop and I once couriered a chewing gum commercial to Hong Kong (or at least, that’s what they told me was sealed up in the package).

And a couple of years ago, I became a “storyteller” for a branding agency. The money was far more than I could have ever hoped for (with a day working from home and another day off a week to write) — but nonetheless, my writer friends laughed at the job title.

How could writing advertising copy and straplines ever possibly be the same as telling a story?

A number of acclaimed writers — Fay Weldon, Salman Rushdie, Peter Carey, Don Delillo, F. Scott Fitzgerald and more — worked in advertising. And I found my experience working in branding — which, apparently is very different from advertising and marketing, although I couldn’t really see the distinction, still don’t — to influence my writing as much as anything else I’ve done, perhaps even more: being forced to say only the essential, without any embellishment or digression, to make the biggest impact in the shortest space.

(as opposed to the paragraph above, I suppose)

One of the roles I had was to help businesses and organisations create their “verbal identity.” That is, imbuing non-sentient entities like corporations to sound like people. We’d work out who — rather than what — they imagined their company to be, and we’d imbue that imaginary person with a backstory, personality, aspirations, and a tone of voice, so every time that company engaged with you — in advertising, in contracts, on social media — they’d sound like the same person.

You’ve probably noticed it on juice bottles or airline sick bags or on the phone as a jaunty computerised voice tells you how much they care about you while you wait for someone to sort out your internet outage.

As I always reminded clients, it wasn’t simply about the transactional nature of what you did, or what features your product or service had, or how much it cost — it was about how you made your audience feel. It was that feeling — beyond price or features or even facts — that would establish a relationship.

And while I understand the artifice of all that, I soon appreciated the art of it. If actions are enacted speech, and speech is expressed thought, and thought is articulated emotion, isn’t the greatest kind of writing — the kind that not only makes you see the world in a different but want to change it — the kind that punches through language and syntax and grammar and into the heart of the matter?

In a “post-truth” world where news is fake and fiction is reality TV, and in which facts can be “alternative” rather than simply themselves, and where we’re drowning in a sea of logorrhoeic data and opinion, tweets and surmise, is it any wonder we’re desperate for something, anything — or rather, someone, anyone — to believe in?

When I think about all the stories I’ve loved, they’re the ones that went beyond language to say, as Rebecca Solnit so much more eloquently put it, “the things we cannot say, even to ourselves.” When I remember all the stories which have stayed with me, it’s not how they were written or structured that still impress me — it’s how the characters came alive for me, becoming a part of my life and emotional memory as anyone I ever knew in real life. It was never about the language or even the plot — it was always about the characters, the people.

And what connected me so powerfully to those fictional characters in those pages was exactly what connects me to real people in the world around me: their stories.

And, despite the scoffing about brand agency storytelling creating personae for money, isn’t that what we do as writers? Don’t we imagine fictional characters, and imbue them with backstories, personalities, aspirations, a tone of voice, so they sound — and, more importantly — feel real to us, even as they’re what Phillip Roth (or rather, his alter ego, Nathan Zuckerman) called “word people.”

“Is everyone to go off and lock the door and sit secluded like the lonely writers do,” he wonders in American Pastoral, “in a soundproof cell, summoning people out of words and then proposing that these word people are closer to the real thing than the real people that we mangle with our ignorance every day?”

So while it’s one thing to try and make fictional people real as we tell their stories, it’s quite another to try and do the same for real people. Not only because, as Keith Jenkins has pointed out, “all narrative is a kind of fiction” — in which perspectives are uncertain, the lines between memory and imagination are blurred, events elided or edited for clarity (and other, hidden reasons), the omissions and conflations all changing depending on who’s telling the story, and why.

That “factionality” (as Graham Greene might have called it) lies at the root of modern Australian literature and history, and our confusions and conflicts over them, given the dearth of chairs in Australian literature in Australian universities and how, despite the excellent work of Michael Heyward and Text Publishing in reissuing so many Australian classics, many readers (and I include myself) often seem to be as ignorant of our literary history as our actual history.

And that oft-neglected literary history and actual history stands intertwined with the ancient pre-literary history of our First Peoples, whose stories didn’t just describe or name the landscape, but inhabited it with stories, bringing it alive with meaning, even as Aboriginal stories have long been repressed, silenced or appropriated (as Jonathon Dunk so beautifully discussed in his Southerly blog entry, Theses on Colonial Antimony).

Yet, during the so-called “culture–” and “history wars”, in which historians attacked novelists for their presumption that “fiction completed history” and politicians attacked historians for not offering “a unifying grand narrative” — particularly around Australia’s early, violent, still disputed colonial history — only put what seemed to be a long-festering national shame and distrust of both history and fiction on the front pages of the media, helped along by an opportunistic spate of identity impostures and literary frauds, such as Helen Demidenko and Wanda Koolamartrie.

But that distrust of both history and fiction reflects the mythologisation of Australian history, in which the facts — such as they are — are difficult to determine, creating “competing narratives” that don’t unify but divide, depending on what or who you believe.

As Alexis Wright — one of our greatest storytellers and thinkers and now the Boisbouvier Chair in Australian Literature at the University of Melbourne — observed, “If you ever wanted to know why Australia is not capable of grappling with the truth of its history, it is because we have remained in this storytelling war with each other.”

But it also begs the question — so brilliantly put by Wright in her powerful Stephen Murray-Smith lecture last year — who owns the stories we tell?

And it leads to others, which both novelists and historians have struggled with as long as they’ve tried to tell stories — and especially now, in the wake of the history- and culture wars, and the skirmishes that seem to return on the margins of the battlefield, usually provoked by politicians or commentators when they have nothing else to say.

Who gets to tell those stories? Who decides what stories are worth telling? How do you tell someone else’s story, especially when they’re part of your own? How can we tell the truth when the very act of story telling is a kind of fictionalisation? Given how fraught and contentious story telling seems to be today, why do we need stories at all? And how can we go beyond words to something even more meaningful?

These are important questions: not just nationally, but personally, each of them as political as the other, and I won’t presume to answer them over the next few weeks.

But for me, writing has always begun with asking why, and the best stories have always made me feel not as if I was being told anything as I read or heard them, but I was being asked to join a conversation.

As I always reminded my clients at the branding agency, isn’t that what the best conversations always begin with?