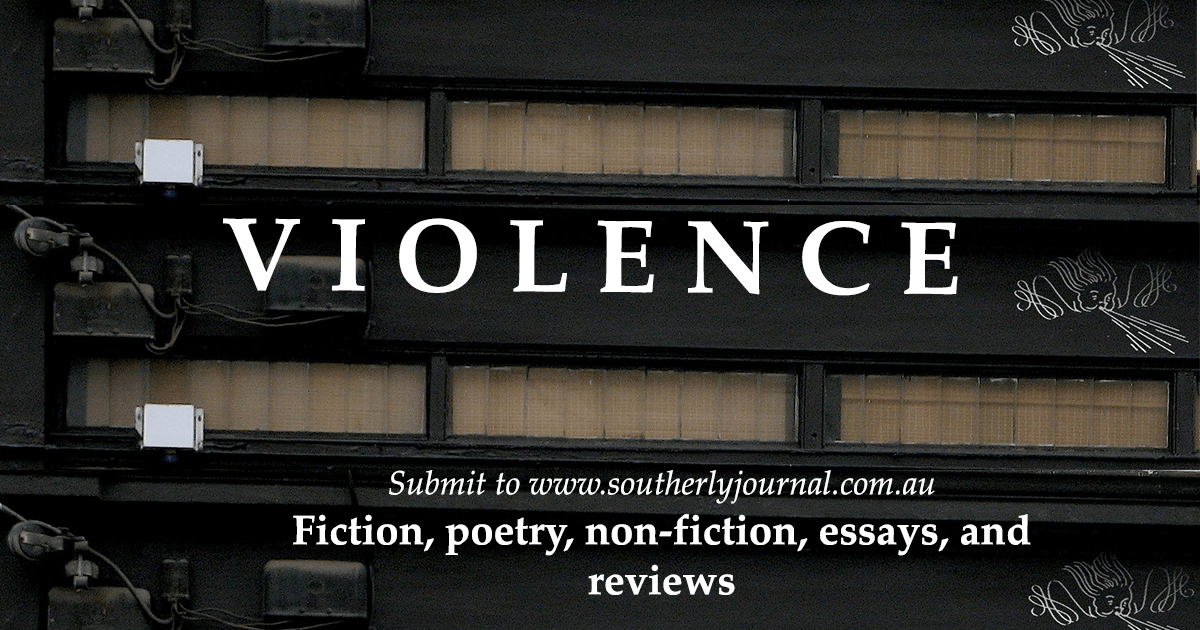 This issue will allow writers, scholars and poets to probe the different types of violence: from linguistic to domestic; institutional to historical, against humans and against animals, that have plagued, and continue to plague, Australia’s cultural landscapes. Southerly is looking for fiction, poetry, memoir and essays on the theme of violence: personal, cultural, national, global, literary. There is too much source material. We are interested in spectrums of violence from the accidental and the careless to ruthless strategy.

In his book Violence, Slavoj Žižek offered the following insight: ‘At the forefront of our minds, the obvious signals of violence are acts of crime and terror, civil unrest, international conflict. But we should learn to step back, to disentangle ourselves from the fascinating lure of this directly visible ‘subjective’ violence, violence performed by a clearly identifiable agent. We need to perceive the contours of the background which generates such outbursts. A step back enables us to identify a violence that sustains our very efforts to fight violence and to promote tolerance.’

1 thought on “Call for papers: VIOLENCE”