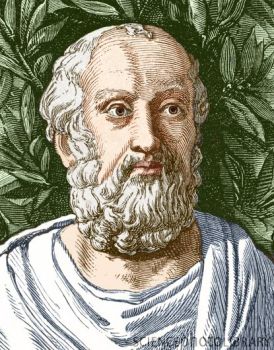 Plato (427-347 BC), Ancient Greek philosopher. Plato’s spirit of rational inquiry led to today’s scientific method. His writings shaped and continue to have a profound influence on Western thought. He was a pupil of Socrates, founded the Academy in Athens, and taught Aristotle. Artwork, after an ancient bust, from the 19th century book Vies des Savants Illustres.