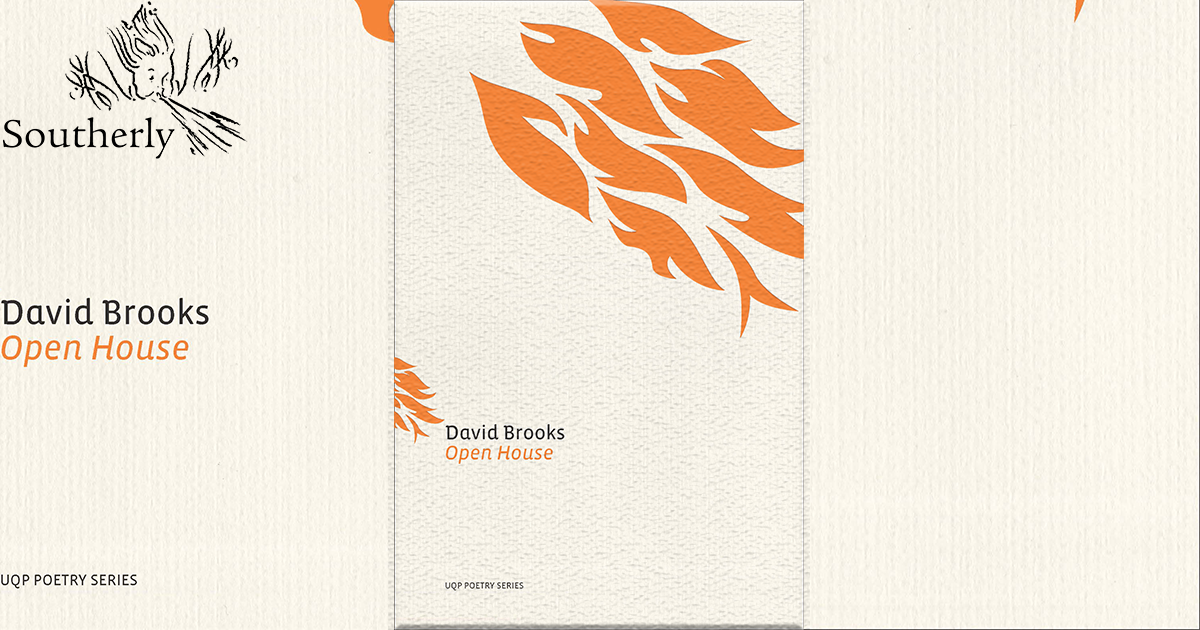 This issue of Southerly pays tribute to David Brooks, who is retiring as editor after two decades’ stewardship. It includes poetry, fiction, essays and memoir that interweave readings of David’s work with accounts of the various literary communities that David has worked in over four decades from Canberra to North America, Perth, Slovenia, Sydney and now, Katoomba. Together, these pieces create a world of a very specific kind, one populated by words and word people and the currents between them in specific times and places. They also enable us to draw out recurrent themes and practices.

The issue is a tribute and a celebration of a creative literary life. We are reminded of the etymology of the word text, from weaving. The issue shows one remarkable textual practice that weaves through the literary page and daily life to community and culture, including this journal. The issue also includes unthemed work across all categories including reviews.

David Brooks is the author of five collections of poetry, three of short fiction, four highly acclaimed novels, and a major work of Australian literary history, The Sons of Clovis (UQP 2011). His The Book of Sei (1985) was heralded as the most impressive debut in Australian short fiction since Peter Carey’s, and his second novel, The Fern Tattoo (UQP 2007), was short-listed for the Miles Franklin award. The Sydney Morning Herald called his previous collection of poetry, The Balcony (UQP 2008), ‘an electric performance’.

Until 2013 he taught Australian Literature at the University of Sydney, where he was also the foundation director of the graduate writing program. He is currently co-editor of literary journal Southerly, lives in the Blue Mountains of New South Wales, and spends several months each year in a village on the coast of Slovenia. His most recent collection of poetry is Open House (UQP 2015).

A striking new poetry collection from the author of The Conversation.

Open House reveals David Brooks’ award-winning talent as a writer and imaginative scholar. Opening the house of his life and extending naturally the striking love poetry of his last volume, The Balcony, Brooks’ arrestingly confessional poems range in scale from observations of the smallest creatures underfoot – stepped over, left in peace – to acknowledgments both of the smallness of human endeavour and the catastrophic effects of our custodianship. Vital in all senses, these are poems through which to view the world afresh. This much anticipated new volume is at once powerful, resonant and unreserved.