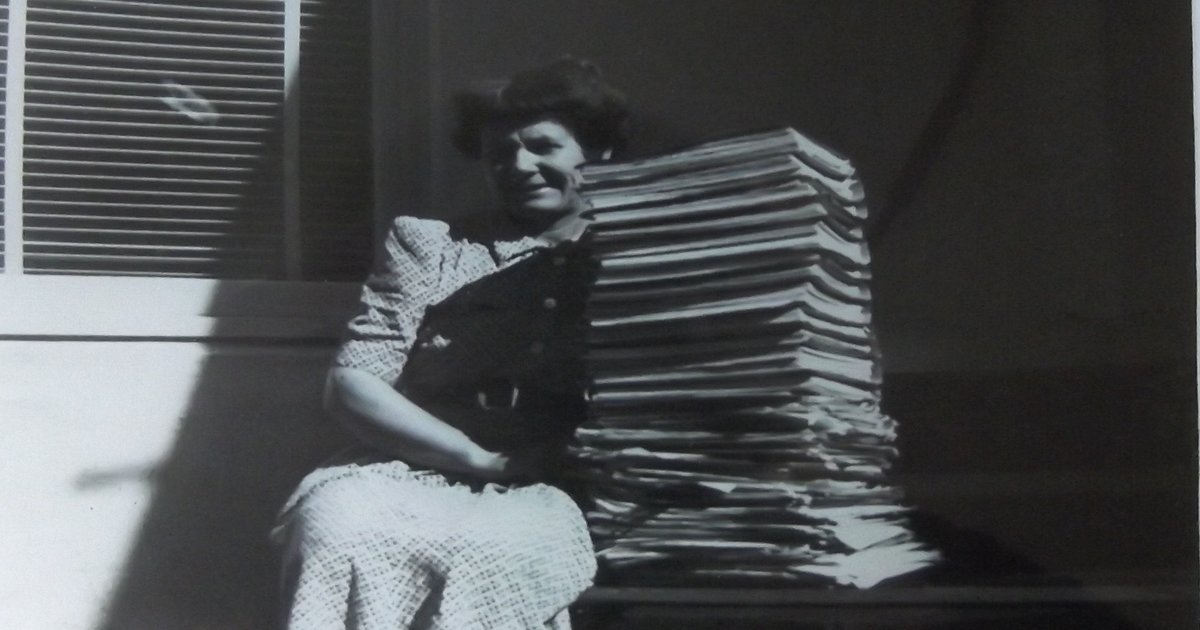 I was raised in a house where inconspicuous wards were placed in every room to protect us against the threat of supernatural entities – an evil eye over the front door, rings blessed by priests hanging from boards, statuettes of saints by the windows, and precious stones with reputations for emanating positive vibes were tucked into drawers with our undies and socks. That the house was haunted was not in doubt, and all of us had our various ghostly encounters. The visitations scared us witless, but we each came to accept that the occasional run in with an apparition was just one of those things we’d have to tolerate while inhabiting this corporeal realm.

Just a little while back I had a run of bad luck, and my mum went to a gnostic healer to ask for advice in combating the effects of the diabolical influences she assumed to be the source of her eldest son’s misfortunes. The healer advised reciting the name of my grandfather when confronted with any demons or their infernal associates. I accepted this as a satisfactory remedy – I’d never met my grandpa, but he fought in the war and raised eleven children and in the photos Mum stuck up on the wall at home there’s a charm to his eyes that suggests he’d have no truck with supernatural boogeymen and their nefarious schemes.

A few nights ago I was moved to reconsider these odd superstitions while staying at a house that would have driven the spook-o-meter of any decent ghost hunter into apoplexy with ectoplasmic excitement. As anyone kooky enough to believe in such stuff will tell you, some houses are more haunted than others, and while all ghosts seem to follow a similar MO, not all ghouls are created equal. The place I stayed at was an old house in Katoomba called Varuna, a well-known part of Australia’s contemporary writing scene. For those not familiar, Varuna house is the erstwhile residence of the eminent novelist Eleanor Dark, posthumously donated to the public by her surviving family to serve as a site where writers can retreat to work on their novels, poems and stories in an hermetically-sealed state of composition throughout the day, and then of an evening it becomes a place to be surrounded by likeminded companions in a communal setting. The idea, according to its caretakers, is to provide a place for writers to stay where all necessities are provided and there is literally no reason to leave, not even for the sake of good company. This injunction to stay put apparently extends into the afterlife, as it is widely believed by those with a tendency to grant the existence of ghosts, that Eleanor, in some disembodied sense, has declined to vacate the premises despite departing from this veil of tears some three decades past. Had I know of this institution’s ghostly secret when invited to take residency there, I might have invented a schedule clash or some other excuse for refusing the generous offer.

As it turned out, I was cohabiting with four other writers—Zoe Gahni, Pola Fanous, Patrick Forrest, and Jason Grey. It was Zoe who discovered the haunted history. The first clue was a note that had been left in a drawer of her room, which said something like ‘The study is haunted, be warned!’ and this grim epistle was confirmed by a postscript written in one of the entries in the house’s guest book, which contain a veritable roll-call of Australian fiction writers and poets over the past thirty years. Despite the ominous warning about the resident ghost, it was a marvel to flick through the pages and see that almost every author you’d care to mention had stayed in one of those rooms – it was strange to imagine these many writers all having eaten at the same long dining table looking out onto the estate’s garden beds, or to imagine them sitting in the library as the chopped logs burned in the fireplace while great huntsmen sat in the centre of the windows, absorbing the heat of the flames; weirdest of all was the thought of these very different characters of Australian literature all going happily upstairs to sleep fitful dreams of strange imagistic syntax in the upstairs rooms.

Patrick, who was there to put the finishing touches on a queer romance novel, was the first to suggest that the nightly spiders clinging bizarrely to the centre of the window panes were agents of Eleanor’s ghost, their tiny eyes absorbing the scene of the five writers eating and drinking and gossiping in the excess afforded by unfamiliarity. Zoe, a novelist who was perhaps most aligned with my own respect for the undead, begged us to change the subject. Jason, who sat in an impassive uncertainty on the subject, his long curled hair hanging down around a cautious expression, seemed more focused on the red glow of the fire. Later in the evening he read from the scrap of a poem he’d written during the day, a neo-Coolie work which in my half-drunk state of mind made the dancing movements of the firelight seem like the flaring effect of the rage and sadness caught in the tension of his verse. ‘Everything you’ve read, every night, has blown me away.’ Pola said, and Jason nodded his head and was quiet.

Pola was the youngest in the house, a performance poet who had arrived fresh from placing second in the national poetry slam championships. Patrick asked what the event had been like and Pola answered by explaining that before he performs at a gig, he walks the streets around the venue reciting his poems at the same level of intensity with which he wishes to release on the stage. People are of course repelled by this, thinking the poor young man must be a loon. On the occasion of the championships, after a streak of great success, Pola found himself invited to the Opera House, where the main event is held each year. Hundreds of people had lined up to watch the poets contesting for prizes, book deals, fame and glory on the night. As always, he arrived early, just as the sun was setting over the waters of the harbour and he paced outside the venue where he was scheduled to perform, ranting and raving, gesticulating in the rhythm of his poems as he’d done a hundred times before – only now it so happened that this ritual of his was taking place on the Opera House steps. A man on a flying horse could have foreseen what the results of this activity might lead to: armed officers, taking the poet for some sort of maniac intent on desecrating the heart of the city, set upon him in an encircling manoeuvre. ‘What’s happening here?’ Pola said, ‘I’m only reciting my poems!’

For a while longer we each talked about our work, and someone snuck into the larder to confiscate a few extra bottles of the Varuna reserve, and the night went deep into the morning before we all trudged upstairs and slept late in our haunted rooms. Pola left me a copy of Khalil Gibran’s The Prophet before his morning walk, and I realised, coming downstairs and face-to-face with an intense portrait of Eleanor that it would be indecent to stay at this place, with its immense library of Australian literature, and not at least read a few lines of one of her works.

I sat in an armchair with a copy of The Little Company and read for the first time its opening lines.

Autumn came early in the mountains; there was an edge to the air as soon as the sun disappeared, and the garden, which had bloomed bravely in gay if disordered profusion through the dry summer months, was now thrusting the pink and white of self-sown cosmos, and the sad, misty mauve of tall daises through a tangle of neglected beds.

There was no way to know from this opening passage if the mountains the narrator mentioned were the same ones upon which Varuna had been built, but looking out through the window it was tempting to imagine some distillation of the ‘disordered profusion’ Dark had in mind to have been inspired by the self-same cosmos of pinks and whites blooming just outside the doors. I put the book down and thought about the writers upstairs, all the writers who’d left their own words in the guest books and on the shelves, and I thought of the portrait of Eleanor, whose energies were still livid on the pages of her novels with all the dramatic flair of the gardens her guests encountered along the paths of the house despite the passing seasons.

Jason, a conspicuously tall figure with his long dark hair, was winding his way silently around the garden-beds and the compost heap outside. There was a wiry contraption in his hands, which after some fiddling about, and a few misconfigurations on his part, turned out to be a clotheshorse. He pegged two shirts and some shorts to its frail looking rows, gave it a shake to tests its stability, and then wandered out of sight. There was a deathly quiet in the house then, an absence of sound that pressed down on the atmosphere of the room. Hundreds of books were stacked on the shelves around me, all those little ghosts stamped on their mildewing pages, endlessly chattering from the land of the dead. There was a sudden breeze, the clotheshorse fell over. I meant to tell Jason but I forgot, and the next day his shirts were crisscrossed with the silvery tracks of snails. Knocking over some laundry didn’t seem like the sort of thing the ghost of Eleanor Dark would do, but then who knows what passes for pleasure on the other side of the veil.

2 thoughts on “The Ghosts of Eleanor Dark”