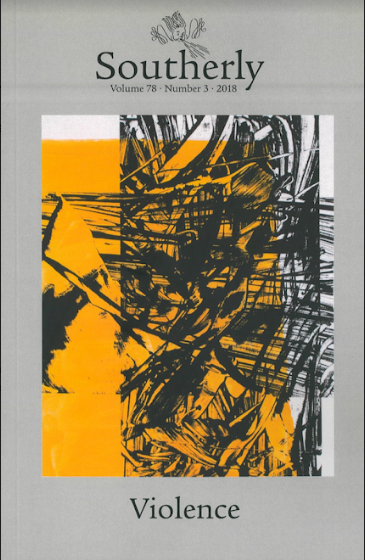 In literary terms, violence provides a readymade drama, an impetus for action and reaction, shock, emotion, transformation—from Milton’s War in Heaven to Modernist aesthetics of shock to the contemporary thriller.

Literature is also a site where violent experience is variously recorded, masked, performed and objectified. The work in this issue of Southerly is situated at the intersections where intense personal experience meets the force of pervasive operations including poverty, colonialism, gendered and racialised violence from the colonial period to the present.

This issue also includes a range of unthemed material and reviews as well as the shortlisted and winning poems from the David Harold Tribe Poetry Award.

The journal is available to purchase here.

Mette Jakobsen: Words in Flight: Meditations on Writing and Otherness

Rose Hunter: What is Costco?

Elizabeth McMahon: Moreno Giovanonni, The Fireflies of Autumn: and other Tales of San Ginese