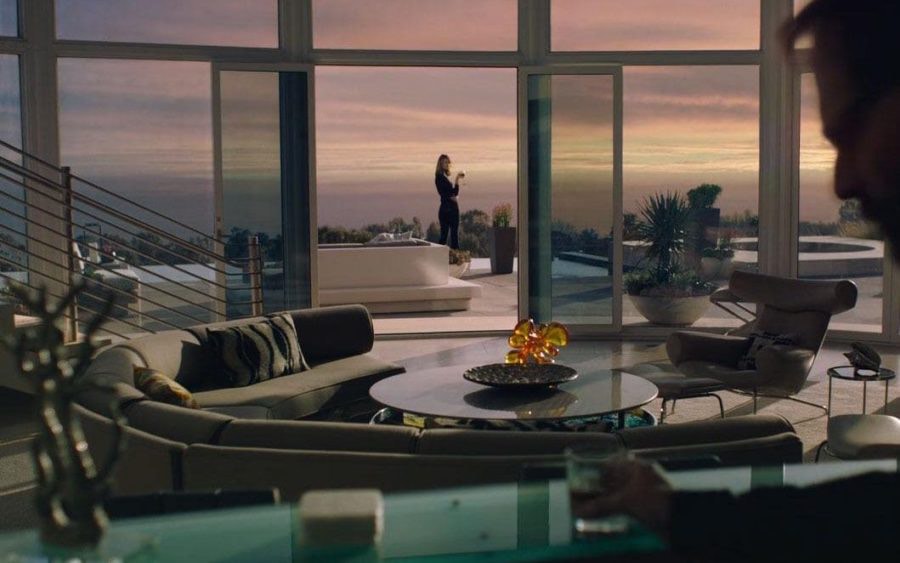 I’m a crime aficionado. One of my three bookshelves is entirely dedicated to crime fiction and out of the three it happens to be the bookshelf with the lightest coating of dust. Unable to sleep one night, I revisited the shelf and plucked from it a well-worn Cormoran Strike novel. For comfort, I told myself, taking it back to bed and setting in the for the night. Comfort, an odd thing to glean from a book describing acts of violence against women.

A closer look at my crime bookshelf reveals that the vast majority of the titles there engage with violence against women and the traumas enacted on female bodies, sometimes in gruesome and unnecessary levels of detail. The books, TV shows and podcasts I and many other women engage with so regularly feature this preoccupation with gendered violence, and by reading, watching and listening to them we are consuming stories, real and imagined, about the desecration of our own bodies. It’s a sobering revelation.

So what draws us to crime fiction? In researching this article I came across a review of Emily’s Maguire’s novel An Isolated Incident (2016), in which the author suggests that the strength of the story stems from its ‘everywoman’ narrative (Ianniello, 2016). Perhaps that’s it, a macabre fascination with how it looks when tragedy bleeds into the everyday, changing forever the lives of ordinary people. Or perhaps there’s something more desperate at play, like a longing to inure oneself against violence by being as well-versed in the language  and minutiae of crime as possible.

Women are held responsible for their own safety, after all. More bluntly speaking, women are held responsible for not letting themselves be murdered, assaulted, or otherwise victimised. This sentiment was expressed in a real-life setting last year by the superintendent in charge of communicating with the media about the murder of Melbourne woman, Eurydice Dixon, when he instructed women to have situational awareness, to be ‘aware of [their] surroundings’. (Davey, 2018). It was an insensitive and frankly ludicrous comment, implying as it did that women generally walk around in some kind of fug, bumping into murderers and rapists out of their own carelessness, but also one that highlights how society tends to blame women for acts of gendered violence. We mustn’t go outside at night, nor be off-guard for even a second. We must stay indoors, but be sure not to involve ourselves romantically with men who may want to hurt or kill us inside those walls. We must also remember that #notallmen and as such be nice to men else we might upset them.

Be safe indoors and out, and avoid men who will hurt you but be kind to those who won’t. It’s challenging and exhausting, and it’s the representations of women as they navigate this conundrum that I find so compelling about exploring crimes in fictive landscapes. An Isolated Incident (Maguire, 2016) for example, evolves around the murder of a country woman called Bella Michaels, whose sister Chris struggles to carry on in the small town in which her sister lived and died. There are only so many men in the town, and it’s likely that one of them killed Bella, but Chris has no choice but to pull their pints and serve them with a smile if she wants to survive. The locals look askance at Chris for her sex work, her alcoholism and relationship with a man whose violent history makes him an immediate suspect regardless of the fact that he has moved away, because it’s easier to make Chris responsible than assume that the killer remains in the town’s midst.

This novel is not about tracking or evaluating suspects though. The focus is on the agony endured by the many victims of this crime. There is Bella herself, not just a murdered girl, but a woman with a life, a past and a future, and her sister Chris, mired in grief and –  it seems – alone forever. An Isolated Incident shows a preoccupation with the female experience in a world that is challenging and often dangerous, and underscores the futility of imagining that women can keep themselves safe from men who want to kill them and a society who turn a blind eye until the deed is done and another pretty dead girl shows up on the front page of the newspaper for all of a week until it’s old news again, until we’ve stopped talking about it, stopped running through it in our heads, wondering, what could they have done differently, to stay alive?

Perhaps the most recognisable instance of the challenges faced by women trying to avoid violence in an Australian context is Liane Moriarty’s Big Little Lies (2014). The setting could not be less like that of An Isolated Incident, as Moriarty’s Celeste exists within a landscape of unrivalled privilege and wealth. The violence toward her is shocking, sure, but what degree of our reactions stem from the disparity between how we perceive both the victims and perpetrators of domestic violence and the opulent surroundings in which they occur? Our understandings of Sydney, of whiteness and of wealth interact with and exacerbate our shock. Michael Mohammed Ahmad discussed the flipside of these subconscious biases in a piece for The Guardian, opining that media coverage of crime ‘…in the Western suburbs… [is] often connected to the perpetrators cultural backgrounds and religions.’ (Mohammed Ahmad, 2013). He further highlights the notable absence of physical or cultural descriptions of white Australian offenders in reporting of crime, with particular reference to the case of Jill Meagher and convicted murder Adrian Bailey. In combination, these facts – those that are given and those that are notably withheld – provide an implicit model of danger, and a route to attributing accountability to victims of crime. The message is clear: sidestep violence by avoiding the western suburbs, by shunning people of particular ethnicities and cultural backgrounds. In other words, remain safe by making the choice to be wealthy and white – and if you’re a woman, to stay indoors at night as well, but only if your husband won’t hurt you.

The element of responsibility attributed to the victims of violence worsens in cases of intimate partner abuse from lower socio-economic backgrounds, because we assume not only that the victim has chosen their financial circumstances, but also that they have chosen to remain in a relationship with a person who is violent toward them and thus that they have chosen to be abused. In An Isolated Incident, Chris and Bella, with their shared background of poverty and suffering, must both navigate an outwardly threatening misogynistic society and suffer blame for the ways in which they attempt to guarantee safety for themselves. Celeste of Big Little Lies, on the other hand, is uncomfortably aware of her own privilege, which almost seems to be mitigated by the maltreatment she endures. The only occasions in which she is depicted as enjoying the advantages of her life are immediately post incidences of abuse. For instance, ‘Celeste lay on her side in bed, hugging her pillow to her, and looking out the window where Perry had pulled the curtain so she could see the sea.’ (p. 332) The message is clear: the ocean view must be earned before it can be enjoyed. She reflects, ‘Perhaps it was even fair. A little violence was a bargain price for life that would otherwise be just too sickeningly, lavishly, moon-lit perfect.’ (p. 252)

Big Little Lies reminds us that physical, sexual and emotional abuse is an accepted feature of women’s lives irrespective of social background. Celeste’s intimation that the violence she withstands is the price she pays for the happier aspects of her life reverberates with the idea that the positive facets of women’s lives must be offset by exposure to negative and uncontrollable forces. This fallacy of equilibrium is imparted in how we blame female victims for their choice of clothing, their line of work, the relationships they choose to have, or for simply being outside, alone, at night. This is the pinnacle of crime fiction’s importance in informing our understanding of reality.

It would be nice to think that as a society, we’re waking up to the horrors faced by victims of gendered violence. Authors like Maguire and Moriarty contribute significantly to this landscape of awakening within the crime fiction genre. Their work assembles and annihilates our understanding of what is real, and what is acceptable, and how we should respond to the inept mumblings of mainstream media.