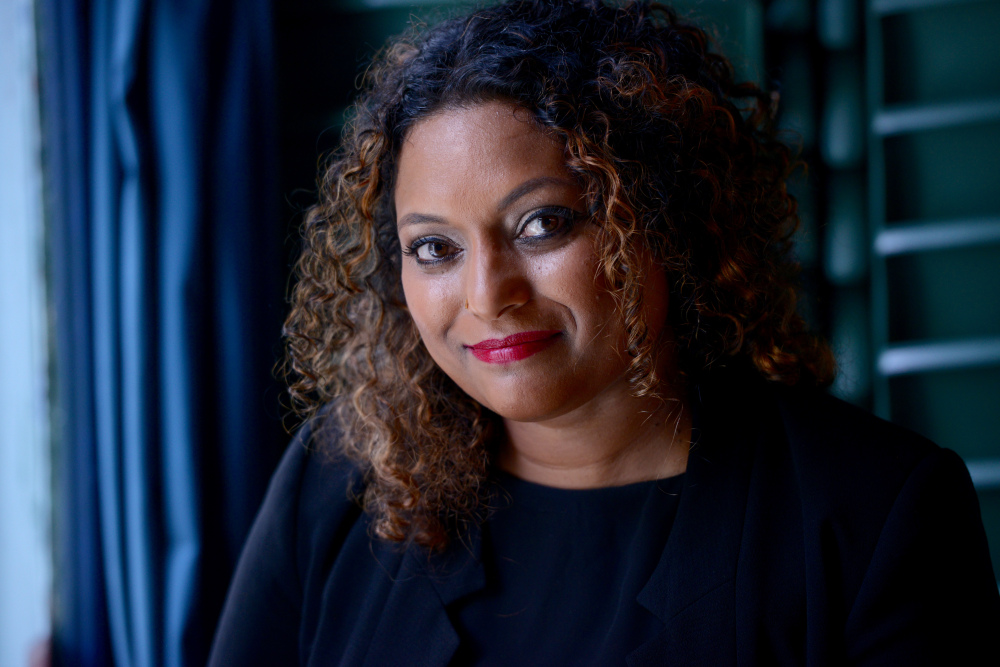 I wanted it to be true. I wanted it to be true because it was there in the primary sources. It was there in the journals and the biographies: slaves bought and sold in India, in Arabia. The trans-Indian Ocean slave trade and the slave trade within India that passed by other names. Black men bought and sold them. Brown men bought and sold them. White men were sometimes good to do business with. Governor Lachlan Macquarie bought two of them. He says so himself. All the biographers have tracked this down. Centuries pass. The memory of slavery chooses its own path and changes form with every age. My friend in Kochi says slavery ended when the Dutch period ended. The British freed all the slaves. It’s a factual flaw, he says, in response to my enquiry about the slave trade in 1795. As for Lachlan Macquarie, a man who would be Governor, he knew what he was doing.

There were two little slave boys, five and seven. The five-year old, George Jarvis, was eager to please, copying every gesture and word from the seven-year-old, his big brother by bondage, if not by blood. The day they arrived at the Macquarie household, Jane Jarvis supervised their bathing, supervised the cleansing of those stubborn little specs of soil that fill the waterways, supervised the cleansing of the memory of Parshuram’s axe, there, under the banyan tree at Staffa Lodge, in today’s Kerala. She was Mrs Macquarie number one: the only mother the slave boys knew, the master’s wife using the master’s tools. The past was washed off George Jarvis, and all manner of story with it. But perhaps, it wasn’t. Perhaps, his gut preserved what his skin could not. Perhaps, after all, years later in the new colony at Port Jackson, he remembered.

He steps onto the soil of this isle of all isles, here at Port Jackson in New South Wales, and immediately a sense of recklessness awakens within him. A breeze blows, or it doesn’t blow. He is wearing boots, so he cannot feel the land grinding under him. He has been with his master through battle and grief, through joy and then sorrow, from the heights of Egypt to the depths of Srirangapatna. During his travels across Britain’s collection of colonies he has always longed for home. However, as he bends down to touch the earth, he knows he can be made anew here. They say this is an upside down place, the other side of the world. To him it feels like the right side up. They are playing “God Save the King,” yet he is thinking, “I can conquer this world.”

Later, when the sun goes down, and his master has closed his eyes, George Jarvis steps out into the darkness. They call him a black Hindoo servant. He has never questioned this dismissiveness, this boxing of all aspiration. But now he feels he is much more. Perhaps it was the way that that man Bungaree held himself, his body alive as if it were all eyes, that stirred a memory of connection. It is New Year’s Eve. The stars are watching in the pre-January sky, like a collection of memsahibs on a verandah. He takes off his clothes. Port Jackson is warm against him, caressing him, cajoling him into enjoyment. An urge erupts within him, creative and sexual at one and the same time. He wants to dance.

But first he must do something to unshackle himself. He spreads his legs, left foot forward, bends one knee, swings his right arm back, an imaginary axe in his hand. He flings it far away, as if to make it hit the water beyond the Governor’s house. It is not Parshuram’s axe that he throws, with its Brahmanical regulations and pretensions to purity. It is an axe that takes all the old fears and old insecurities and abandons them to the elements. He throws it far into the darkness where the waters are breaking around the wound of the axe, moving towards him, holding him, here in this tiny settlement of Dionysius.

He turns around. She is here. And now she is not. A woman, dark as his childhood, refusing to show herself.

“Who’s there?” he asks, embarrassed. George Jarvis with no clothes on. He dresses fast and walks around the perimeter of the clearing. With every step he retreats toward the safety of the house. He will find out tomorrow.

I first found out about George Jarvis, the trusted servant of Governor Lachlan Macquarie, through the work of Robin Walsh, in the Australian Dictionary of Biography. I remember thinking, “You mean, an Indian was here, and was the right-hand-man to the colonising enterprise in the early nineteenth century?”

Everything changed that day. This meant that we, as immigrants from India, were complicit, in direct ways, with the colonisation of Australia, with its successes, its sorrows, and the suffering it inflicted.

When writing about an Indian slave in Egypt in the twelfth century, in his book In An Antique Land, the author Amitav Ghosh says, “I knew nothing then about the Slave of MS H.6 except that he had given me a right to be there, a sense of entitlement.” Upon reading about George Jarvis, I felt this sense of entitlement keenly. It made me even more aware that the South Asian presence in Australia was underpinned by a deeper connection to place and to power than I had previously thought. It provided a firmer foothold in an already existing foundation. Yet, layered with this sense of entitlement, I felt a sense of deep loss at the erasure of these stories that could have cushioned the impact of immigration for generations who thought they were the first and provided a surer sense of belonging, perhaps even a keener sense of culpability.

The phrase “a sense of entitlement” is usually reserved for those with immense privilege who insist on their own importance, even if only to themselves. Perhaps it may also be recast as a sense of responsibility. Knowing that George Jarvis the slave turned freedman turned most-trusted servant was assembling and disassembling Macquarie’s camp bed, was drinking to the health of all the royal Georges, was witness to the orders that allowed the massacre at Appin to take place, made it all the more urgent to say, “We are complicit in your successes and your sins.” I felt an urgent need to tell these stories, to render visible the lives of people like us, their distinction as well as their insignificance, their potential, their powerlessness, the threat they posed, and their collusion.

My approach to telling the story of the historical figure of George Jarvis has drawn on the archives of my own imagination as well as the painstaking work done by many Australian and Indian historians. From the work of Robin Walsh I received the story of George Jarvis, the biographical details he gleaned over three decades of scouring the archives in Australia, India, England, and Scotland. I focused my research and writing process along three impulses. The first is to begin my exploration into the life of the historical figure of George Jarvis by looking “for cracks and fissures in the pavement of the present, and for the shimmers and hauntings of history in everyday action … in a deeply felt present,” as the historian Tom Griffiths notes in his book, The Art of Time Travel: Historians and Their Craft. I looked around contemporary Australia to see Indian restaurants, Indian waiters and waitresses, Indian petrol station attendants, Indian cleaners, Indian cab drivers, Indian IT workers, Indian call centre workers instructed to be pushy by their First World bosses. I asked myself, “What is the history of this labour? What impact does the collective memory of the transnational, hierarchical, and unequal exchange of capital have on the contemporary Indian presence?” As Heather Goodall, Devleena Ghosh and Lindi R. Todd note in relation to the Indian presence in Australia in the nineteenth century, “their histories will not be found in the official immigration records, but rather in the memories and mementos of the communities into which they might have moved.”

The second impulse that guides my work is to consider the role that gender played in the hierarchies of the early colony, particularly the way the constellations of gender, race and class collided. What were the women up to? In her book The Colony: A History of Early Sydney, Grace Karskens talks of the “female geography” of the Sydney region, the women’s places, the way place is ordered by gender. Surely the women who were brought here from India, some of them possibly strengthened by centuries of matriarchal power-wielding yet also habituated to navigating patriarchal and casteist oppression, would have been an influence on the early colony, including its social practices, just as they were influenced by it?

The third impulse is to consider place and the instinctual and material significance of place on the people of the early colony, particularly the servants. The American urban historian and architect Dolores Hayden writes of place as presenting itself with an “overload of possible meanings.” I’m interested in the grit of the early colony of New South Wales, the collision of the ragged and the sublime, and the lingering traces of those interactions involving the Gadigal people, the Burramutagal people, the colonisers, and those other colonised people—the servants from India.

I’ve tried to focalise these three impulses through one particular subject, Governor Macquarie’s servant, George Jarvis, and to use this subject to render one fictionalised version of the early colony. Curthoys and Docker claim that “the very doubleness of history—in the space between history as rigorous scrutiny of sources and history as part of the world of literary forms—gives it ample room for uncertainty, disagreement, and creativity.” By embracing this doubleness, I have sought to answer that most fundamental of historical questions, “What happened?” and to add, “And then? What do we do about it, now?”

Roanna Gonsalves’ book The Permanent Resident, (published in India as Sunita De Souza Goes To Sydney) won the NSW Premier’s Literary Awards Multicultural Prize 2018. She is a highly regarded speaker, teacher and workshop facilitator. She currently teaches in the university sector in Sydney, and can be found at roannagonsalves.com.au.

The author would like to thank Professor George Kouvaros for his extremely insightful feedback that strengthened this work immensely. She gratefully acknowledges that this piece was written with the assistance of a grant from the Australia Council Literature Board, and while she was the UNSW Copyright Agency Writer-in-Residence.