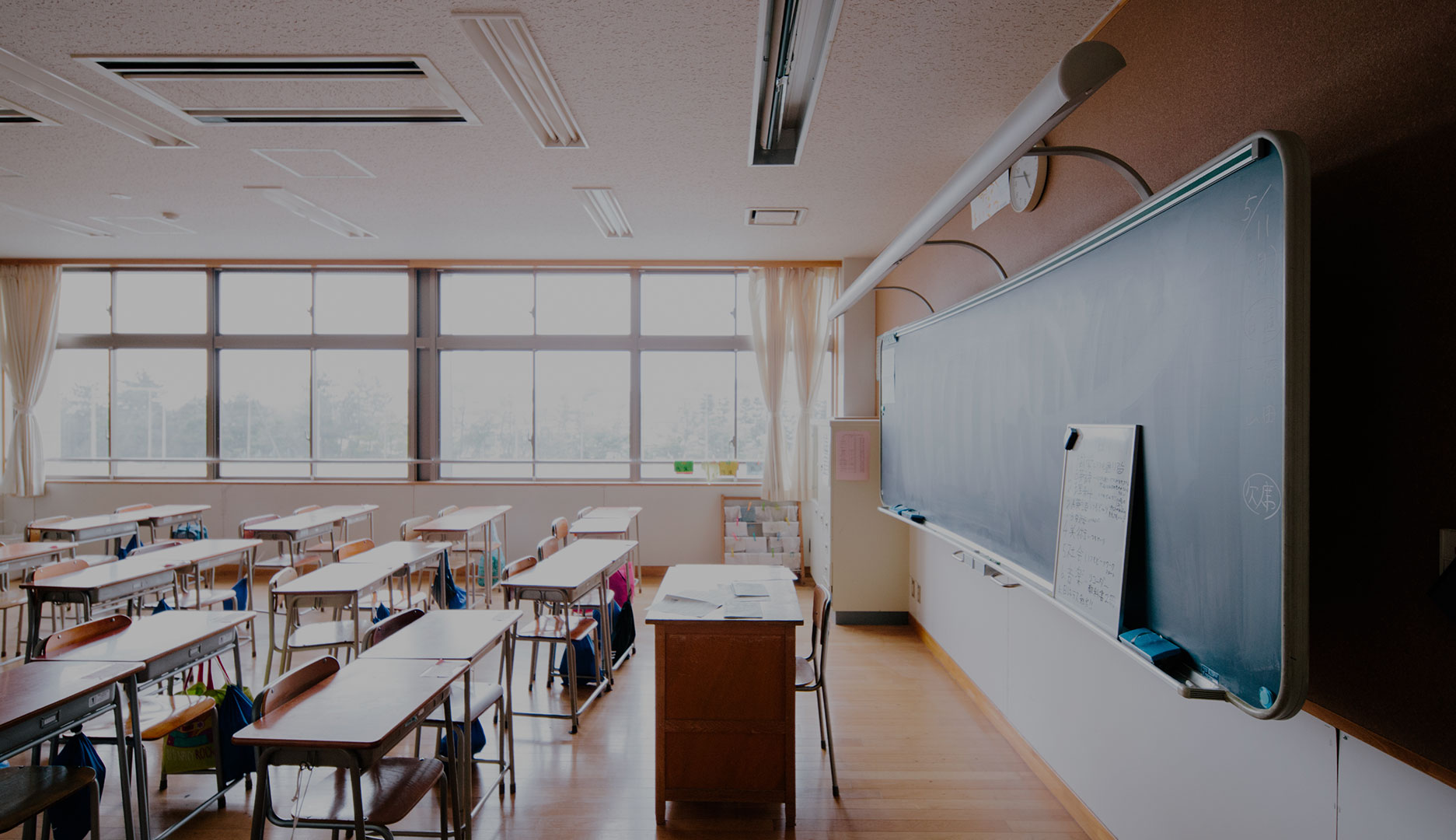 I teach my Year 8 English as an Additional Language (EAL) class in a small room on the third floor of the only multi-storey school building. There are 11 students in the class. The EAL classes are capped at 15 to ensure that teachers are to provide appropriate for support the students in the class. As with every EAL class, there is a mixed range of ability. There are students who have been in Australia for five or six years. They have gone through the English primary school system and their English is proficient. There are students who have been in Australia for one or two years and have attended a language school before being enrolled into mainstream schools. And some of them are international students who learnt English in their home countries but have not attended any English language school in Australia.

I design my lessons so that each task is accessible, including the language used. I constantly pay attention to the students’ body language and if they look blank-faced I ask them if they understand what the word means, then write it down on the board with the definition next to it.

My first term with these students is focussed on developing a relationship with them so that they feel comfortable sharing ideas and asking me for help and support: how to spell a particular word; whether their expression is correct. I constantly emphasise that the English language is complex. That it is an amalgamation of different languages and spellings. I love using clips from Horrible Histories about which words came from which language groups. I share words that I have learnt that I can use in written form but can’t pronounce (“anaesthesiologist”), words that I have difficulty spelling (“bureaucracy”), and words that I have myself only recently learnt; “discombobulated” is my current word of the month.

In this term also we embark on a narrative writing unit that I have developed over my six years of teaching. We read short stories and analyse narrative plot, story structure, characterisation and descriptive language.

When we’re ready for them to begin their own writing, we begin with setting. I show them a photo of a cabin and a writing model to demonstrate setting. I show them how I generated ideas for my description, and then structured my three sentences. Then they choose a setting from one of four photos and write a description. I provide them with sentence scaffolds to help support their development of sentences, for they don’t yet have the language proficiency to do it alone. Then we move onto characterisation, following the same modelling and writing. Then each part of the story plot. They write their short stories in sections, in drafts and re-drafts, my red pen correcting, querying, clarifying, improving. Then they write their final draft putting together all of their ideas.

Those who have a higher level acquisition of English are able to write two pages. Those who are new to English write a story that is half or three quarters of page. It doesn’t seem like much for a four-week unit of work, and yet it is. These are words they pored over, they struggled with, they wrenched from deep in their souls to write down, to shift around, to perfect. There is no bell curve for these students. They are each assessed on their own language acquisition and attempts. They are not compared to each other.

For these students writing is a gargantuan task, one that requires all their concentration and energy. They are constantly mediating between their native language and English. I am their English teacher, but I am more than that. I am their hand-holder, their cheerleader, their reader, their editor, their publisher their confidante in this difficult process

Before I was a teacher I was an artist-in-residence. After the publication of my debut novel I was fortunate enough to receive grants from Artists in Schools and for three years in a row I worked in high schools with young people who were selected by their teachers to be a part of the program. I spent my days working with students who were considered to be the odd-balls in their schools because of their love of reading and writing and all manner of bookish things. These were my tribe. I gained so much from this community of students. It was a two-way street.

These students were at the top of their classes. Their English was superior, their writing flowed. When I commented on a particularly amazing turn of phrase, or a language technique they employed, it was their English teacher who had taught them, supported them, mentored them, until I had the privilege of working with them. I helped to enhance their writing technique, but it was the English teachers who taught them before me that had built the foundation on which I could work.

So it was with some disappointment that I read Monikka Eliah’s blog in Southerly about teaching Creative Writing to students with limited English skills.

In her piece Eliah states that it “It took a thirty minute conversation about Avengers, Fortnite and the phrase ‘gaba esh’ before any of them felt comfortable enough to start writing.” The implication here is that students do not feel comfortable writing and it is only through her intervention and teaching that they can begin, when in fact they have spent hours in the classroom with their teachers, building a rapport, writing in various genres, and learning the building blocks that they need. It is Eliah who needs to build a relationship with them in order to get them comfortable to write. The teachers have already done this in the months and weeks they have been teaching these students.

Eliah writes that the students she worked with were told not to worry about spelling and punctuation, instead just focus on telling a story. She advocates that “for the purposes of creative writing and expression structure, spelling and punctuation should not come at the expense of what could be a delightfully original story or expression.” I don’t disagree with her. I have taught many students who do not have a strong grasp of tenses or punctuation. These students often produce the most memorable and original pieces of work. What I take issue with is the statement that “the workshop looked promising until the two supervising teachers made their way around the room, leaning over students’ shoulders to whisper the correct sequence of letters for a word or scribble full stops, commas and apostrophes across their writing. The excitement dissolved as most kids struggled to write past the first paragraph.”

Here Eliah blames the English teachers for killing the student’s muse, for making it difficult for them to write because they were receiving corrections. I have a different take. These students struggle with English. They require a lot of support to articulate their ideas and form sentences. Their English teachers are their support systems. As they struggle, it is their teachers they turn to ask for spelling and punctuation assistance. Their English teacher are a resource that Eliah should have utilised to be able to support the students in the class. Teachers are not obstacles to creative writing, they are allies, the ones on the front lines, the one who know these students because they have worked with them for weeks, months, perhaps even years.

When I decided to enter the trenches as an English teacher after my foray as an artist-in-residence, I worried about being able to teach subjects other than my speciality – creative writing. Would I get as much joy and pleasure as a fulltime classroom teacher as I did running workshops? I have since found the rewards are sweeter. While it is a teacher’s joy to work with a student who has a love of reading and writing, it is those students that struggle the most that I have found the most rewarding. My biggest success story last year was a year 9 EAL student who started the year writing one line in a double period, and ended it by writing a one page essay in the same amount of time. At the beginning of the year his writing was so tiny I had to get him to read it out to me. By the end of the year it was legible, the words properly formed on the sheets of paper. He was my most challenging student of the year, the one who pushed my buttons, and yet I enjoyed teaching him the most because he achieved the most growth.

And this is the plight of the English teacher. The ones who need us the most, who benefit the most are usually the most difficult students. Because they struggle with English and with their confidence in writing, they avoid, evade, talk, and disrupt—their only goal is to avoid writing down anything and being judged for it. If this student was asked about his Year 9 English teacher I wonder what he would say about me? He probably wouldn’t be terribly complimentary; after all there were a lot of intense conversations, a lot of determined hand-holding, a lot of detentions to catch up with work, until I dragged him to the finish line. I would hope he appreciated all the time and effort I put into teaching and supporting him, but I don’t care if he does or does not. I’m not a teacher to win a popularity contest. I am there to teach and help – something Eliah seems to miss in her interactions.

Eliah has positioned the teachers as the obstacles to her teaching creative writing in her article, even though she has disguised this as a message about not making punctuation and grammar the priority in early drafts—a practice that teachers already use. When in fact, it is up to Eliah and all workshop deliverers to work with English teachers and discuss their expectations and the roles of each. It is also up to workshop deliverer to use the teachers as a resource. In every class there are varying abilities, and students who have their own learning needs. When I was an artist-in-residence delivering workshops in schools I always sought advice from the teachers I interacted with about the student’s needs and adapted my delivery of workshops to this. At the end of the day we are all allies serving the same purpose—the needs of the students. We each have a role to play—to teach and to learn from each other.

Amra Pajalić is an award-winning author, an editor and teacher. Her memoir Things Nobody Knows But Me is published by Transit Lounge. Memoir extracts have been published in Meet Me at the Intersection (Fremantle Press, 2018) and Rebellious Daughters (Venture Press, 2016). Her debut novel The Good Daughter (Text Publishing, 2009) won the 2009 Melbourne Prize for Literature’s Civic Choice Award and she is co-editor of the anthology Growing up Muslim in Australia (Allen and Unwin, 2019) that was shortlisted for the 2015 Children’s Book Council awards. She received funding from Artists in Schools to conduct writing workshops in 2010, 2011 and 2012 in high schools. She works as a high school teacher and is completing a PhD in Creative Writing at La Trobe University. To find out more about Amra, visit her website at www.amrapajalic.com