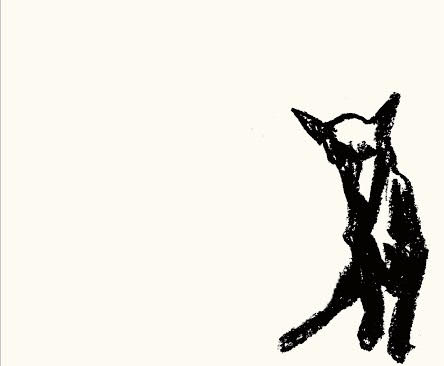 At the beginning of each year as an Arts student I had the pleasure of choosing my courses for that semester from a rich list of literary offerings. I usually picked units with evocative titles like ‘Imagining America’ or ‘Revolutionary Writing: 1960s and Beyond’ but one semester the constraints of my work life meant that I needed to pick classes based on how little time I could get away with spending on campus. The class that best fitted my timetable sounded utterly and abjectly dull. It was about Australian nature, and although the thought of plowing through tomes I imagined would be about the beauty of grass and the grounding qualities of dirt wasn’t super appealing, the thought of a two-day week was just too great a temptation to turn down.

So I enrolled, bought the novels, and began to read. Although there were a couple of texts I wouldn’t care to re-visit, the course overall introduced me to a wealth of authors I’d have not picked up if they hadn’t been on a reading list. Perhaps forcibly widening rigid minds is one of the best things Arts degrees do, implanting foreign ideas and alternative ways of seeing the world, which germinate, bloom, and change one’s perceptions forever. This was certainly the case for me with Writing Australian Nature.

One week we were required to read The Lives of Animals by J.M Coetzee. The chapter earmarked for discussion in class was a story about a novelist who comes to stay with her son and his family for three days whilst delivering a speech at a local university. As is often the case with Coetzee’s writing, the text is sparse, the characters described in the barest terms, and not one of them is particularly likeable – least of all Elizabeth Costello. The preoccupation of story and character is made clear almost at once. On the second page mother asks son why his children are not eating with them. He replies ‘…the children are having chicken for supper, that’s the only reason.’ (16) I knew from from this exchange that she was a vegetarian – and most likely the worst kind, a vocal one. Although defending my choice to eat animals hadn’t come up much by that point of my life, I knew where I stood in the debate. Not eating animals is a choice that doesn’t exist separately from the rest of one’s choices. As far as I could see, as a girl who grew up in a rural area surrounded by munching cattle and hard-faced sheep, the choice not to eat animals was refusing one’s place in the circle of life, and perhaps more fundamentally, a useless decision that would curtail one’s gustatory freedoms and achieve precisely nothing in relation to improving the lives of animals. I knew whose side I was on, and it certainly wasn’t Elizabeth Costello’s.

At the centre of the narrative is Costello’s lecture about animal rights to an assortment of academics. It is noted that she has been asked to speak as a novelist, not an animal activist, and that the subject of her speech is left of field and slightly embarrassing. At one point in the speech she draws a comparison between those who lived near concentration camps in World War II and their claims of ignorance as to the goings-on behind the camp’s walls and the contemporary omnivore’s assertion that they have no knowledge of animal suffering occurring in meat production facilities. If one is to divorce these situations from their very different contexts and consider the analogy based solely on the distinction between individual choices made in knowledge of suffering, it’s not a bad comparison. Even as someone who had never really considered the contents of my dinner aside from knowing that it tasted good and had once been alive, I could not say that I did not know animals suffered in the process of becoming meat. They go into the abattoir breathing and whole, they come out packaged up in bits – there’s not all that much to consider.

In the years following, I came across this analogy repeatedly in the speeches and writings of animal activists. For what it’s worth, I don’t think it’s a helpful analogy. It operates on shock value, is overly simplistic and potentially could be deeply distressing for the relatives of victims of the Holocaust. The fact that this stems from social understandings of animals as lesser beings is another article entirely, but being respectful toward the cultural experiences of others is no less important in light of this fact. The emphasis placed on this unsuccessful analogy formed the basis of the arguments I made in class when asked to weigh in on the story, and later formed part of the thesis I tried to prove in an essay on the subject.

Something about my writing felt hollow to me, though. I wasn’t convinced by my own argument. There were aspects of the story which had unsettled me – references to farming practices of which I’d previously been unaware, a lengthy reflection on Kafka’s Red Peter in “A Report to the Academy” and, possibly most confronting, a remark about Descartes which compelled me to Google him and discover, in ghastly detail, the experiments he performed on conscious dogs. The root of the unease I felt was articulated toward the conclusion of Coetzee’s story, where the following conversation takes place.

“To say nothing of babies,” intersects Wunderlich. Everyone turns and looks at him. “Babies have no self-consciousness, yet we think it a more heinous crime to kill a baby than an adult.”

“Therefore all this discussion of consciousness and whether animals have it is just a smoke screen. At bottom we protect our own kind. Thumbs up to human babies, thumbs down to veal calves. Don’t you think so, Mrs Costello?’ (45)

As part of an Arts degree, you consider ‘the other’ regularly and in many different ways and contexts. All of the Arts students I spent time with at Sydney University would self-describe as feminist, pro-refugee, leftist and intersectional. Verbalising one’s privilege in class prior to making an observation on something was applauded. But the prominence of the cheese-board, the democracy sausage, the pork rolls from the place near the Wentworth building – these went unchallenged. The final ‘other’, the non-human animal, was a step too far for us.

I wrote my essay, sent it off, and took myself to Costco. It was still new in Sydney at that point and I was excited for my dose of America. I wanted excess, huge boxes of cereal, mammoth cakes and enough maple syrup to last for months and months of pancake Sundays. At the very least, I wanted a kilogram of Reese’s Pieces. It was a fun shop, everything was as large as I’d hoped, and I was thoroughly enjoying myself, until I got to the deli.

Woolworths is pretty tame compared to Costco. Packages of two steaks in Styrofoam isn’t really anyone’s idea of confronting, but the huge chest freezers loaded with carcass offcuts was too much for me after a day of considering Elizabeth Costello. The meat was too many colours, purple and brown and white with fat; it was too large, whole sides of beef, reams of sausages like swollen, pallid intestines. Walking fast down the aisle hoping for something more innocuous at the end was unsuccessful. More meat, chickens, turkeys and ducks this time, frozen and silent. I was supposed to be buying meat for a barbecue, and I approached a shelf of sausages gingerly, but found I couldn’t pick them up. I didn’t want to feel the soft, cold flesh through plastic in my own warm, living hand. I recognised in that moment for the first time in my life that meat is an animal, or many animals, in the case of the sausages. It was a terrible recognition.

That was the day I stopped eating animals. That sentence makes it sound like an easy decision, but it wasn’t. The smell of a rotisserie chicken was torturous, at first – although now chicken meat smells oddly like sick. At events, when the meat was already sitting there, the animal’s last breath long gone and irretrievable, it felt nonsensical not to eat it especially as financially things weren’t great and whole days would pass sometimes without eating anything except toast. The fact that other people knew I didn’t eat animals meant that eating them in these situations was off the cards, for fear of being called a hypocrite or jeered at for a lack of consistency. These days the thought of ingesting another’s flesh makes my own skin crawl, but the fact still remains that there are moments in life where it would make complete sense to eat the free food and not worry about it.

There are myriad ways where animal and human rights intersect. Coetzee’s story reflects on a couple of these, namely historical human perspectives of the consciousness of ‘the other’. Not eating animals was initially a sacrifice, and I can understand why people from less privileged backgrounds than mine would feel unable to make that sacrifice. Now though with studies being published hard and fast on animal agriculture’s impact on climate change and the impossibility of feeding a future 10 billion people the animal product heavy diets Westerners have become used to I am glad I made the change when I did.

I was lucky enough to have the lecturer of the course on Australian nature supervise my Master’s dissertation. I told her about how her course had irrevocably changed my life. She said, ‘oh, no, sorry!’ But thanks, Brigid. Thanks for introducing me to materials I didn’t want to read, that presented an inconvenient perspective that initially I rejected wholeheartedly. Thanks for giving me the opportunity to yield, grow, and do my part in the fight. What do we want? Animal liberation. When do we want it? NOW.