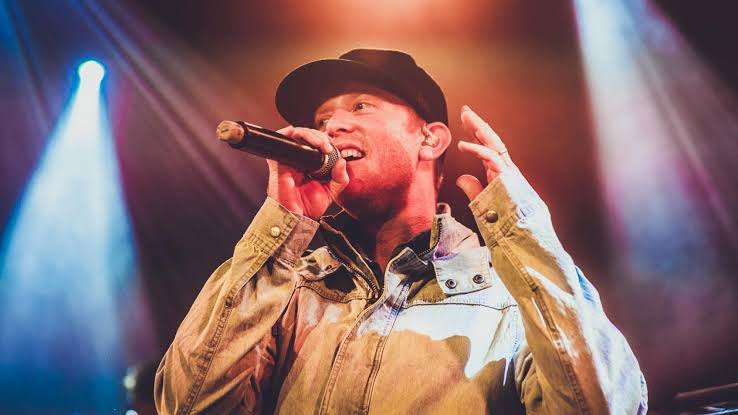 The Acknowledgement of Country can feel like an empty gesture. The practice is supposed to show respect for the traditional custodians of a particular area, but sometimes it feels more like performing a meaningless lip-service that allows for a momentary relief that we are doing ‘the right thing’ while nothing tangible changes for First Nations people. It feels like the absolute bare minimum. Recently I attended a graduation ceremony where the Acknowledgement of Country was followed almost immediately by a rendition of the national anthem for which the assembly was asked to stand and sing. I stood reluctantly but did not sing, and noticed many of those around me seemed similarly reluctant to open their mouths. There are many issues with the national anthem, not least the troubling undertones of its title and the tacky whitewashing of Australian history, but for me, the line “for those who’ve come across the seas, we’ve boundless plains to share” has proven a terrible, unutterable lie. Not singing the national anthem felt like ‘the right thing’, but it was also the absolute bare minimum.

Perhaps this sense of political listlessness is borne of an age where retweeting articles from The Guardian is the closest many people – myself included – come to activism. We want to show that we’re aware of the struggles of others and willing to fight on their behalf,  but we’re also tired, overworked and doubtful as to what we can achieve as a single individual. So we follow Extinction Rebellion on Instagram, sign petitions about protecting sacred sites and toy with the idea of refusing to stand for the anthem. Michelle De Kretser’s celebrated 2018 novel The Life to Come explores the futility of this ‘acknowledgement mentality’. In one instance, a character sends an email with two e-signatures, the first an acknowledgement of the traditional owners of the land, and the second, ‘sent from my iPhone’.  The juxtaposition of these two sentences suggests something worse than passivity. Awareness of issues and a readiness to pay one’s respects and act as an ally in necessary situations is not a bad thing. Words are powerful, as we know well in an age where journalists are refused entry to offshore detention centres and coal mines alike. But maybe we need to make more of them – much, much more of them – to have any kind of impact.

Many writers and media outlets have picked up the mantle and increased focus on promoting equality, progression and social justice both on an institutional and individual level.  One area from which we might not expect this is Australian hip hop, which has been referred to as ‘bogan rap’ (The Music, 2014). Nevertheless, MC Tim Levinson, better known by the moniker Urthboy, is known for lyrics rife with progressive political sentiment. ‘Don’t Let It Go’ (2014) was released in response to the Abbott Government’s Operation Sovereign Borders policy, and written in the days following the murder of Iranian national Reza Berati during a riot in Manus Island detention centre. ‘A lot of the time there is this fear of standing up, and I wanted this song to be part of a call to get out there and speak more…’ (SMH 2014) Levinson said. The song packs a weighty punch with lyrics like ‘We’ve got a problem with some refugees/Better bring the military in/Operational, we can’t tell a soul/We’ve got a problem with some xenophobic fucks/Shame ‘em down, wake ‘em up’, but perhaps even more significantly it doesn’t allow for any sense of separation between civilian and political, resident or refugee. The us-and-them dichotomy favoured by conservative politicians under the guise of keeping (white) Australians safe is undercut by the clarity of our respective positions. It’s 2019, and we’re accustomed to seeing the bodies of refugee children washed up like rubbish on the shores that refused to harbour them. We can walk into any book shop and pick up a copy of Behrouz Boochani’s No Friend But The Mountains, which gives haunting detail as to the fate of asylum seekers who attempt to gain entry to this country. We can bear witness to the struggles of the Aboriginal people as they campaign against the destruction of sacred Djub Wurrung trees through social media outlets like Facebook and Instagram.

Levinson’s lyrics are almost painfully apt in this regard. ‘We watch with our hands in our pockets/Drop the access, stop the facts, get Morrison/To come in with a chopping axe head/That’s in our name now.’ In our name? There’s not much more sobering than that.

It’s his 2018 track ‘Matilda’ which best articulates the all-encompassing but hard to define misgivings I felt in that moment where I needed to make the decision to stand for the anthem or remain sitting. The song ostensibly reflects on the experiences of post WWII immigrants as they sailed into Sydney Harbour, ‘holding tattered brochures/…looking for the bridge that’s on the posters’. It sketches out a narrative with which we are very familiar, the tale of the European immigrant never quite accepted, forced into hard labour for little reward with the ultimate aim of providing something better for their children. Raymond Gaita’s Romulus, My Father and Melina Marchetta’s Looking For Alibrandi are two examples of this that are often used as set texts for year eleven and twelve students across the country. Levinson refers to ‘populate or perish’, the slogan adopted by Immigration Minister Arthur Calwell as he attempted to overcome resistance to immigration as part of a short-term plan to boost the population for economic benefit. Calwell was also a supporter of the white Australia policy and hence sought immigrants from European backgrounds – so, white people. It would be comforting to imagine that seventy-odd years later we exist in a cultural melting pot where racism is a rarity and we’ve made good on our claims of sharing our boundless plains. The reality though is closer to the lyrics of ‘Matilda’, where Levinson raps ‘We don’t know a thing about open arms, never have…’ a supposition compounded by the title’s reference to that other Australian anthem, the unofficial one involving swagmen and jumbucks and boiling billies. As a child, I remember having the idea that ‘Waltzing Matilda’ was a happy song about drinking cups of tea by the damn, under a canopy of dancing gum leaves. I can’t remember how old I was when I discovered that Patterson is widely accepted to have written the song based on the tale of a German immigrant and striking shearer named Samuel Hoffmeister who shot and killed himself at the Combo Waterhold in Queensland in 1891, rather than be captured by the police and the owner of the station on which he worked. I’m getting to the point, I promise.

The writings of Australians from poet Banjo Patterson to rapper Tim Levinson demonstrate one undeniable truth. If we’ve progressed at all, it’s not far enough. We may not have a White Australia policy, but we do have a refugee policy which has seen hundreds of men, women and children detained indefinitely in abhorrent conditions. We do live in a society where the Acknowledgement of Country is about how far the average person will go in their attempts to be respectful toward Aboriginal and Torres Strait Islander people, or standing for, but not singing, the national anthem.

Sometimes the news displayed on my phone screen chills me. Sometimes it can feel as though we’re heading backwards, throwing the shackles of progression aside in the name of safety, of job security, of borders. Matilda concludes plaintively, with the voice of Ev Jones who features on the track. He sings, ‘Oh Matilda, where do we go now, where do we go?’ I’d like to know that, too.