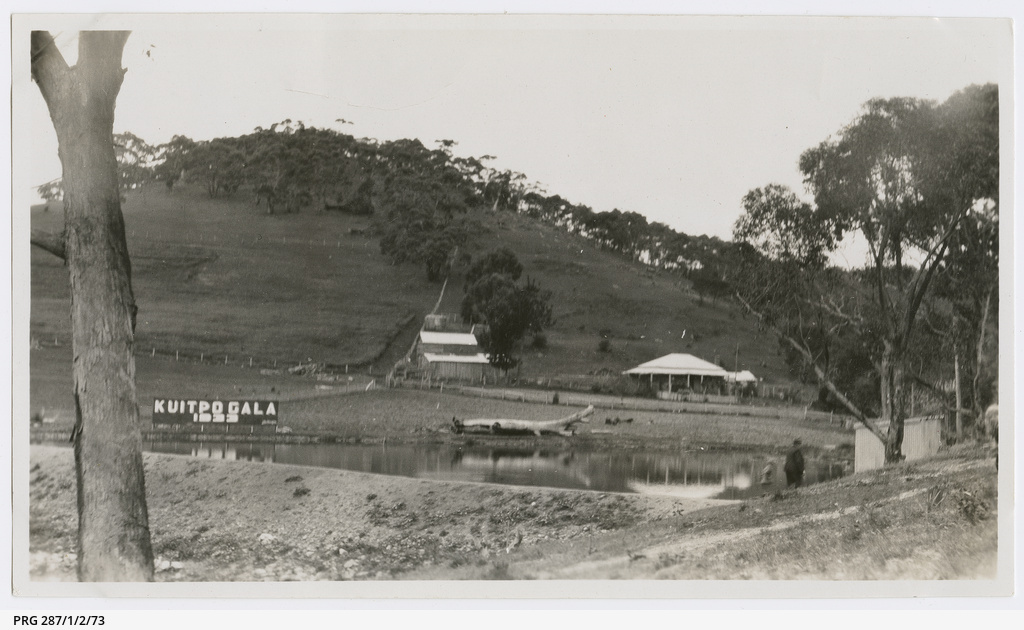 I sit at the heavy antique desk that belonged to my mother and trawl through online newspapers, squinting at the scanned black and white pages that have become distorted and near-illegible in the digitising process. I’m trying to find scraps of information about my grandfather’s arrival in Australia in 1939. He’s told the story before, years ago, of how he arrived in Melbourne on a ship called the Strathallen. The ship docked in Melbourne and the refugees – he arrived with several others – were sent to the Jewish Welfare Society office on Collins Street. His name was changed from Pollnow, German, dating back to the eighteenth century, to Peters, assigned with little more than an up and down glance. My grandfather, along with seven other young Jewish refugees, was cautioned against revealing any trace of their foreignness. Assimilation has always been Australia’s policy.

Wearing ill-fitting Anglo names, ones they’d grow into with time, Harry Peters and the small group of refugees were sent to Adelaide to learn Australian farming skills at a place called the Kuitpo Colony – and perhaps try to forget what they left behind across the ocean.

In the Adelaide Hills is a collection of counties called the Hundred of Kuitpo, and the Kuitpo Forest, a man-made plantation filled with Californian pine trees grown for timber as native trees don’t grow fast enough. Kuitpo is named after the Indigenous term ku-it-po (pronounced KY-poh) meaning reeds, as in those along Blackfellows Creek nearby. Now the area is largely used for tourism and farmland.

Kuitpo Colony was a great social experiment of the twentieth century, a place that welcomed men from across the country who were left unemployed and destitute from the Great Depression. It was also a place, my grandfather says, where they rehabilitated ex-prisoners before they returned to the real world. Reverend Samuel Forsyth from the Central Methodist Mission founded the colony in 1930. I read that with six other men the reverend purchased the land from the government, hacked away at the wilderness and claimed it for his colony. I wonder if Forsyth ever encountered my grandfather.

I find an article from News Adelaide, July 19 1939, with the headline: ‘Eight Men Who Still Fear Hitler: Haven at Kuitpo.’ Is my grandfather one of these eight? The article continues:

“Today there arrived in Adelaide eight strong, healthy young men, fearless-looking, but yet afraid – of Hitler. Because of that fear they must be nameless when they speak – and when they talk it must be of the future and not of the past. For though these Jews have escaped from Hitler – three of them from his concentration camps – their parents and relatives are still within his reach. They still fear that Hitler may hear them. So for them Australia is not yet a country for free speech”(3).

Imagine: the rain in the early morning as it leaks into the earth, freezing in the dark before sunrise. July. The tall silent trees of Kuitpo forest tremble against it, dead leaves drummed into the mud. Cut-down trees, chopped into thirds and piled on top of each other await transfer out of the forest; made into railway wagons, probably, or burnt for warmth or power. The men will wake soon with the sun, or perhaps they’re already awake, listening to the rain, thinking, waiting. Gum trees line the dirt road that leads up to Kuitpo Colony, scraggly and peeling, their branches pointing upwards, soaked through.

My grandfather, eighteen, steps out of the truck, shivering in the morning mist and looking down at his new home, however temporary, in the middle of this strange new planet. Perhaps the green hills remind him of home, but there’s a harshness to the bush, to the peeled jagged bark and smell of eucalypt after rain that he doesn’t yet know.

The refugees live in disused railway carriages, not the built roofed huts that the Australians sleep in. The boys sit quietly facing each other and listen to the rain as it surrounds them, as water streams in from every side of the carriage. They wear their raincoats to bed. One of the boys begins to speak his mind. How are we meant to sleep like this night after night? Drenched to our bones? It’s been such a long journey all they want to do is sleep – try, at least – but it’s doubtful any of them will be able to find peace tonight. My grandfather hunches over a piece of paper, protecting it from the drips, and scribbles a letter to his parent back in Berlin, describing this strange place, Kuitpo. My grandfather had worked on a training farm in Germany with the other boys he came to Australia with, on an estate with a manor and a director who taught them about Jewish culture, art and German literature. Now he’s here. A drop of rainwater falls onto the page and muddles some of his inky words. He dabs it dry with his sleeve.

In the morning the boys wake to foreign sounds. The jeering of native birds is unlike anything they’ve ever heard. They blow smoke from their mouths. A few minutes of in-between consciousness and they are on their feet, getting changed into clean clothes given to them by the mission. They are told to work hard, make a good impression, “the sort of settler that should benefit Australia.” The boys work as lumberjacks for five shillings a week. They eat breakfast quickly and head out to work, into the forest, trees grown to be cut down.

Later, my grandfather writes a letter to the Jewish Welfare Society about the peculiar living conditions, and the promise of an agricultural education has instead been hard manual labour for next to no pay. You refugees are lucky to be there at all, they reply. So they decide to leave Kuitpo, their so-called safe-haven. They take the bus to a market in Adelaide and my grandfather overhears someone speaking German, a farmer, and asks if he needs another pair of hands. The farmer agrees and my grandfather works for him, as a boundary rider at his sheep station in Norton Summit. Alone, sometimes for weeks at a time, my grandfather rides on horseback to the land’s edge, fixing up fences and slowly growing used to his new world.

Imagine: you arrive in a strange new world, alone. Your name is taken and a random administrator assigns you another one, in an accent that sounds weird, unnatural. You’re taken away from the city to work on land unlike any you’ve ever seen. It’s as if you closed your eyes for a moment and now you’re here, now the world is upside down and your parents are gone and you have no idea where the rest of your family is and you are discouraged from revealing anything that feels familiar. Assimilate, forget, start anew.  Time passes. You slowly accept that this is your new reality. You adapt, like your father told you to, like all humans eventually do. One day you tell your grandchildren about your old life, before you came here, it’s buried deep but you dig it up. And with your memories they imagine for themselves where they came from, what it was like away from here, back then, beyond the borders of this place.

Tess Scholfield-Peters is a Sydney-based writer and doctoral candidate at the University of Technology, Sydney. Tess is interested in third generation Holocaust authorship, representations of trauma and empathy in literature, and the intersection between historical and fictional writing.
i
COVER IMAGE CREDIT: State Library of South Australia.