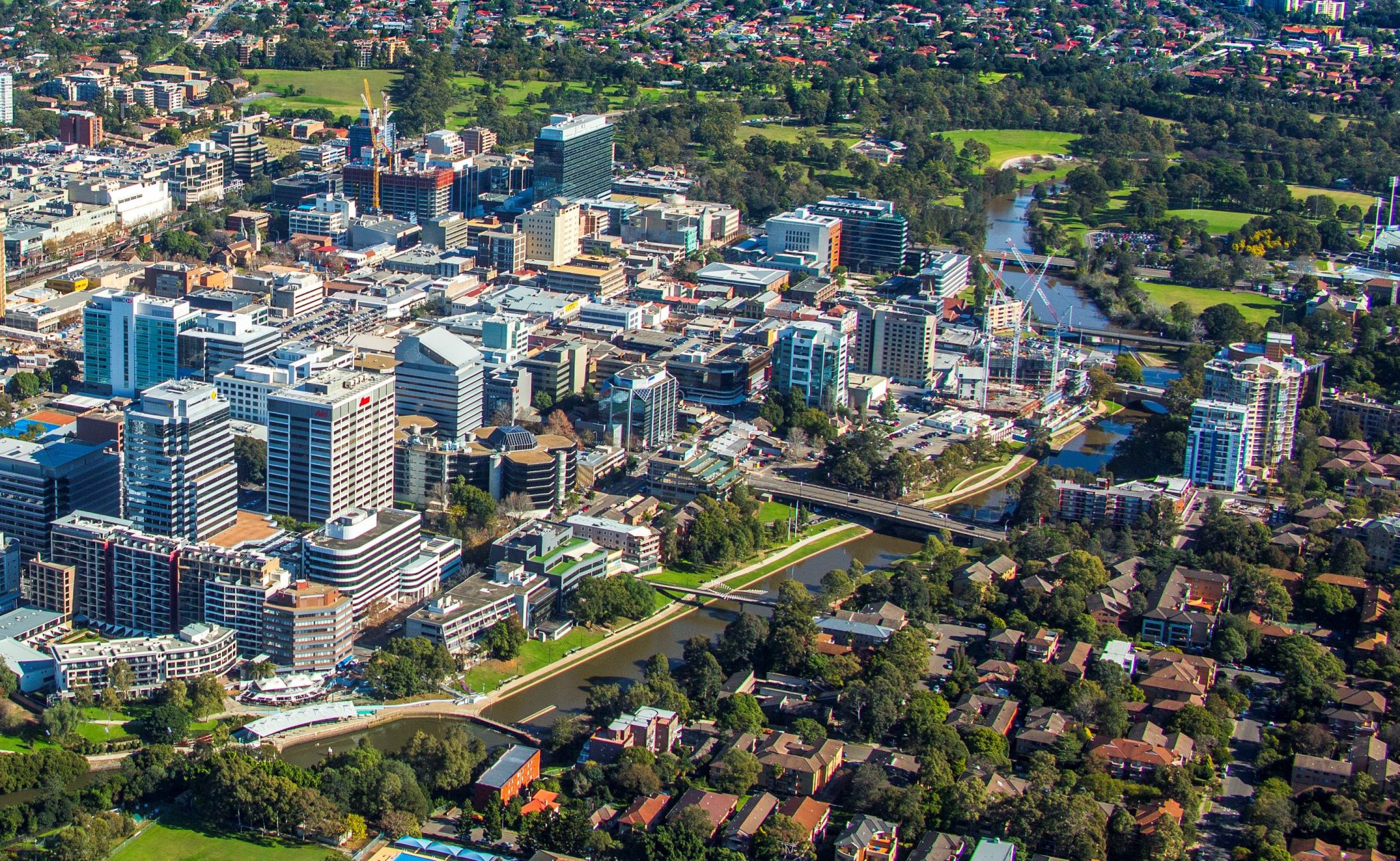 Each morning, on the outskirts of Penrith, where the neighbour’s cows sag on the tilting fences staked into moss-green hills, Dr Anthony Seage would rise to squint into the endless predawn traffic, away from his still-sleeping wife and children, and drive to his practice north of Parramatta.
Throughout the sprawling suburban quiet around the office where Dr Seage spent his days attending to patients in the small office crowded with books and charts, word began to pass of the doctor’s ‘healing hands, serene manner, and extraordinary acceptance’. Within a few years of having opened his offices there, the result of this word of mouth was that the cramped little surgery beneath tall trees on the corner of North Rocks Road soon found itself besieged by a steady stream of regular constituents.
On an unremarkable afternoon, many years after the presence of Dr Seage and his legendary commitment to the well-being of others had come to be accepted as one of the benefits of living in the Great North-West of Sydney, I found myself walking through the doors of his surgery. I’d come to the business looking for a doctor who might help with some enigmatic ailments, and as the events discussed in this account took place in a world before Google reviews, I’d had to rely on the aforementioned system of word of mouth for guidance on the subject.

The waiting room was crowded but there was an air of calm about the place, and the expression of the receptionists and the patients sitting in their chairs with magazines and novels open on their laps suggested the sort of contentment you might expect of pilgrims counting beads before the entrance of a holy shrine.

That I was able to secure a time with Dr Seage despite being unknown to the practice’s filing system and having neglected to make a booking ahead of time may have had something to do with knowing a certain friend of a friend of the staff – the same person from whom I’d learned about the doctor’s reputation. Having been granted a premium place in the queue, I settled in with a magazine I did not intend to read and flicked through it, gawking at celebrities in thong bikinis and mentally attending to the uncompleted parts of a crossword in the back. I completed a similar inspection of every magazine on the coffee-table beside me, and discovered that each one contained an equally attempted crossword filled in by someone with the same looping cursive. Once I’d exhausted that source of distraction, I started again, this time turning my attention to the words in the articles, learning a great deal about people I vaguely recognised from the television.

Dr Seage, a stout man with silver hair and kindly tired eyes, called out to me from a doorway, snatching my frustration away from a Sudoku in an old Woman’s Day. He gave a serene smile when he saw me coming, indicated the open doorway with one hand and smoothed a chequered tie across the front of his shirt with the other.

Stacks of reference books and boxes of medical supplies were assembled around the doctor’s quarters with the ad hoc utility of a field surgeon’s hospital. The window at the doctor’s back let in a clean clear light which brought out the ice-blue of the his eyes as he asked my age and weight and made a number of inquiries about my overall health, taking notes on each answer before even asking what had brought me to his practice. When it came time to ask about why I’d decided to pay him a visit, he listened carefully to my answer with his hands folded in his lap, nodding in a slow and encouraging way while I detailed the complaints which had driven me to go looking for someone like him in the first place.

From there we started discussing my parents, going over their illnesses and misadventures, and painstakingly, we wound our way back to the present, as the doctor’s file on me grew into something that might pass as an autobiography.

When he asked about work, I told him I was a writer. ‘Ah ye-as,’ he said, and I took this exclamation to mean that the doctor felt there was some correlation between my problems and the general conditions of a writer’s life.

He told me that his step-daughter was a writer, was studying the subject a local university. I said that I taught courses there sometimes and would keep an eye out for her in the tutorials and workshops around town. We talked some more about my illnesses and he ordered some tests, gave me some advice by way of a parable, and I thanked him, thinking that since the time we’d spent in discussion had started to seem excessive for a patient and a doctor, that it must be time to go our separate ways. Instead of ending the exchange, after passing me a letter of introduction to a specialist, Dr Seage asked if I’d ever read any Jung. Maybe a little of Modern Man in Search for a Soul, I replied, not adding that I’d failed to understand a word in it. He inched on his chair toward a section on the overflowing shelves and pulled from there a great red book. I didn’t know it at the time, but the book he had retrieved was Jung’s The Red Book, and he flicked through the pages and showed me some of the strange, atavistic illustrations, and the arcane-looking script the Swiss psychiatrist had written in his deliberate delirium. Dr Seage told me that he had extrapolated from Jung’s discussion of the various types of consciousness and being that the world we were living in now was one in which those who most lacked an empathic and intuitive understanding of what we sometimes called ‘common sense’ were leading us ever deeper into a Kafka-esque social calamity. Those whose positions of responsibility existed on the grounds that they would minister to those in need had forsaken their duties for the mere perpetuation of social status, the doctor explained. Perhaps sensing I had not enough Jung internalised to contribute anything coherent to this diagnosis of the world, he closed the book on his lap and told me about a patient he had received the day before, a teacher who had come in to have a script refilled or some other ordinary necessity.

He had asked this young teacher how her nerves had been holding lately, knowing that good teachers are almost always on the brink of physical and mental exhaustion. She told him that she had learned to live by a new and freeing ethic, one grounded in the principle of ‘care’. Dr Seage had nodded sagely as ever, leaning back in his chair to consider how much this principle tied together both the young woman’s career and his own practice, but before he had been able to remark on this connection, the patient elaborated that ‘c.a.r.e.’ was an acronym for ‘Cover Arse Retain Employment’. At this the doctor laughed and smiled, and when the patient had left and there was a moment to be alone, looking out his window at the quiet streets of Sydney’s North West, he had thought of ‘M.e.d.i.c.a.r.e.’ and said aloud to himself, ‘Medicare’s Excellence Dims Intelligence’.
There was a knock on the door, and the receptionist poked her head into the room.

‘Excuse me Doctor, but this patient’s appointment is running quite a way over time.’

‘Ah, ye-as. I was just trying to ascertain a full picture of this young man’s medical history for signs of recurrent but occasional high stresses which might explain his present….’

‘Ye-as. How far behind are we running behind today?’

‘Very good.’ The doctor nodded, solemn as prayer, and the door slowly shut.

From a friend I have heard that many years since my meeting with the doctor, when the endless parade of patients and the doctor’s holistic style of treatment at last overcame the necessary hours in the week, Dr Seage divined a solution. He cemented a caravan onto his surgery’s parking lot, not six feet from the door, so that he might keep even longer hours by sleeping on site, and serve the people of his charge all the more by reducing the amount of time required to get from his own home beyond Penrith to the surgery in the North West to zero. Thus it has remained to this very day, with the sun rising and setting on the doctor’s work, and the man seeming only to sleep at an hour when God has ceased to watch.

In Checkov’s story ‘The Grasshopper’ the worth of a doctor who lives for the good of others goes unnoticed until his life has ended. It is a cruel and painful story, and I thought that there might be a way to heed the message of this old story by recounting the details above, and asking whoever comes across this odd account to think of those people, like the good Doctor Anthony Seage, whose living love for others, like a swell in the human tide, raises us all in its turn.

1 thought on “The Good Doctor”