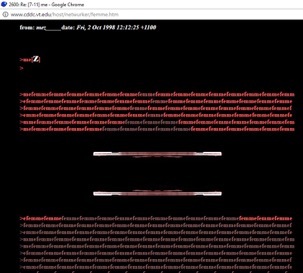 In building an argument for the second half of the project The Languages of Invention: Australian Experimental Poetry and Literary History, 1973-2014, I’ve drawn closer to what has been happening around me, yet tried to maintain some perspectival distance. What can prepare a critic for the onslaught of the contemporary? The kinds of critical armature one builds over time are an enormous tangle of accidental dalliances, wise guidance, aesthetic bonds and associations, extraordinary friends with astonishing minds, and erratic critical swerves. So what I have found is very much dependent on my own reading history, some sense of where to look, some accident, some hearsay, chapbooks+. Ears open (along several registers). Event, plus chance.

What is contemporary experimental poetry in Australia? It is marked by expanded influences brought about by the internet and the digital from the mid-1990s. It looks outward to global and international currents, rejecting the provincialism of the Australian verse tradition in favor of transcultural mixedness. It is not just being influenced, but influencing, participating in global conversations about poetics. It’s characterised by a marked refusal of conventional styles and the expectations of those styles. To be clear: experimental poetry generally resists a certain self-revelatory lyricism. It’s suspicious of “polite” or “neat” verse, suspicious of the use of female-Muses (contemporary experimental poetry is written by women). It prefers not to reduce the complexities of the transcendental to the field of a palatable I-poem. It boldly complicates, expands subjectivity. It denies that if one circumvents the “trap” of language―avoids syntactical or lexical play―the humanity of the speaker is better communicated. It loves the trap of language, its static, its messiness.

Further still, experimental poetry embraces disjunction, or better, calls for an emancipation of disjunction. It is willing to question the very concept of what a poem is, to embrace intermedia & interartistic exchange. It celebrates performance, questions the notion that meaning is a one-to-one conduit between speaker and receiver. There’s an embrace of formal “wildness,” extreme textual variance on the surface of the page (scattering, mangling, punctuating). For many experimental poets, the material text is crucial; all that matter of language, down to the mark, the trace, the letter, hooks, gaps, strokes, fonts, shards, serifs, syllables, phonemes and tonemes…they are not there just to obscure things or distract the reader: the material text is the poem, it is where the poem is, where it works.

There is scope for a critical definition of experimentality. I take as close to a literal definition of experiment as possible here; the necessity of a term which means to test. To conduct an experiment. Testing often leads to procedure. An experimental poet might be a procedural poet, adopting the subjective position of devotee to the difficult task, reading-through source texts, developing algorithms. They develop emboldened and unapologetically plagiaristic, citational or collagistic practices. Yet these strictures are generative, opening up infinite worlds. The procedural poet finds themselves before the fractal indeterminacy of language and the universe. Science or mathematics may assist in the operation of the poem. Though it doesn’t necessarily do Party-politics, experimental poetry is political. At best it decolonises, questions and critiques nation and culture. It does this in form and language; read trace and mark as already sociocultural and political.

Theories of contemporary experimental poetry need to be backed up by specific experimental works. There have been several works in the last half a decade or more that redefine both “contemporary” and “experimental” in Australian poetry. Take Natalie Harkin’s 2015 book Dirty Words, for instance: an ingenious, and insurgent radical lexicography―or political-conceptual-procedural anti-Nationalist anti-dictionary. A thrilling book, a chilling glossary, a syllabary, a handbook of terms, tones, turns (a tonary?), a communo-poetic concordance, a citational score, an index…frankly, a book of utter formal invention. In recent times nothing surpasses it in a sense because it has done what no poet has yet chosen to do: hang the language by its alphabet, decolonize English with English (via metrical antigrammar). Harkin takes the lyric out of rhythm to find the messy ground of language. Dirty Words is the total political-conceptual-citational book. In my reading of it I was taken by its attention to stress and measure (and happened to be reading G.M. Hopkins). The following is a list of word-clusters:

Harkin’s poetic “foot” here is not so much syllabic as lexical, perhaps the contemporary fulfilment of Lionel Fogarty’s call for “technicalities of written words…broken down…words beyond any acceptable meaning” (New and Selected, ix). Also disruptive are successive works by Nick Whittock, from his early book Covers (2004) to more recent titles, hows its (2014) and most recently Watto Era (2016) which Michael Farrell calls ‘rare and total commitment’ and Ella O’Keefe a ‘generative anarchist experiment.’ Jessica L. Wilkinson’s complex, scored page-fields, from the Marionette works (2012) to Grainger Suite (2014) represent a lifelong commitment to formal invention. Despite having written throughout the 1990s, Michael Farrell’s major works have been published in this century; roughly proofed (2015), and SAME! SAME! SAME! SAME! (2014) and enjambment sisters present (2012) are strikingly contemporary. Equally significant to these histories are Toby Fitch’s post-vanguardist erasures, deletion, redactions, mistranslations or “down-under inversions” in Jerilderies (2014) and The Bloomin’ Notions of Other & Beau (2016). Consider too the eco-notational page-scatterings of Claire Nashar, the post-OuLiPo procedures of Dave Drayton, or the queerly embodied experiments of Alison Coppe, Quinn Eades and Alison Whittaker. A Gomeroi experimental poet, Whittaker’s 2016 book Lemons in the Chicken Wire, contains the poem ‘Sharp Tongue’: There is a curious experimental subjectivity here in that it divides into two halves: lyric (right) and document (left). Whittaker takes receipts to be poetic material, poetic language as well as transactional record, trace, proof-of-purchase (one can imagine an entire book of poems made up of receipts). So materially intricated are these receipts that they cut the tongue, speaking bursts the double “seam,” speaking wounds (discourses matter, effect, affect, kill-joy).

In twenty-first century experimental poetics, exuberance around and exhaustion with the digital has come to be crucial to the character and essence. There is, however, a history of experiment that comes a bit before this. Mez Breeze (born Mary-Anne Breeze), has been writing “Codework” poetry serially since the mid-1990s. It’s well known that she created her own code language Mezangelle (note the similarity here with Javant Biarujia’s Taneraic) which has piqued the curiosity of critics like N. Katherine Hayles and C.T. Funkhouser. For well over two decades now, Breeze has remained at the global forefront of digital poetry over a period of time in which even its basic functions have morphed and changed. Early works look like this:

These earlier works show not just an exuberant fluency with New Media but a concern for language in the poetics sense: how language, with its vectors and lines, work in these new environs. Subsequent works like Human Readable Messages_[Mezangelle 2003-2011] (2012) and ATTN: Solitude 2017) I have come to think of as Australian proto-long poems. The organization of these works are temporal and sequential, covering the entire period from 2003 to the present (ATTN: Solitude covers 2011-2016). Three pages from the book read as follows:

In an Introduction, the post-digital critic Florian Cramer writes “Don’t mistake this for an experimental poetry book.” This curious provocation leads us back to questions of poetics and I want to pursue some loose threads here in closing. For in the broadest senses, how do we read contemporary experimental poetry books? If, as Cramer pre-empts, we are inclined to dismiss a book as “experimental,” what are we missing? If the future language is code, and given how much of our daily encounters with language are experimental, unpredictable, replete with language games―the Cryptic Crossword…you do Sudoku―what early-warning signs have been warding readers off pleasurable encounters with dissonance, disjunction and difficulty?

Let me offer a brief caveat here. In some commentary on Australian poetry there is still a certain assumption that an “impartial reader”―to purloin and subvert Adam Smith’s “impartial spectator” in The Theory of Moral Sentiments (1759)―stands for the reading subject. This imagined, impartial reader, we are told, is in fact judgmental, an aesthetic moralist who fears, or actively resists experimentation. These assumptions really don’t stand up to literary, critical or historical scrutiny. The close study of contemporary Australian experimental poetry does away with these assumptions because open and attentive reading (the researcher’s best tools), rather than caricature or dismissal, has led us to the most intriguing works, like the singular innovations of Mez Breeze. Indeed, experimental poetry has a vibrant readership; readers more devoted than those of conventional poetry. Despite what some non-critical commentary might suggest, the best scholarship has readjusted the critical lens, relishing the oppositional terms upon which avant-garde and experimental poets have based their practices.*

We know this also because inventive poetry in Australia in no way “lags behind.” As is clear, there are a surfeit of interesting experimental works that lead the way. There is, however, as Mead suggested in Networked Language, a critical lag, a lag in the critical discourses employed to speak about this work. We need to more often pursue radical critical experiments that don’t fall back on received discourses but actively invent new ways to speak of new work. In a nutshell, we need to be experimental readers.

It can all condense to this: the radical critic needs to seek out and make sense of difficult works, limit-cases, neglected or marginal works, works outside the canon. The critic must treat seriously the kinds of works produced in Australia that remain on the margins, yet occupy cultural centres. The extraordinary emergence of a generation of experimental writers since the turn of the century needs a new, robust critical vocabulary. For what the research for this project has really shown is this: if it’s not experimental, it’s really not contemporary Australian poetry.

These are questions of reading, and readings, but I want to turn it into making, into poesis. So in the final post, titled “My ‘Avant-Garde Card’: Five Aesthetic Categories,” for lighter relief, I will offer some ideas & procedures for future exploratory practice. See you next week and hope the weather is pleasant wherever you are.

* As mentioned in an earlier post, it should be clear now that to reduce contemporary Australian experimental poetry to an abridged USAmerican narrative of influences ― Language Writing (often cited as L=A=N=G=U=A=G=E, the magazine edited by Charles Bernstein and Bruce Andrews) and then Conceptual Writing ― is incorrect and obscures a fuller understanding of the work of its key practitioners.