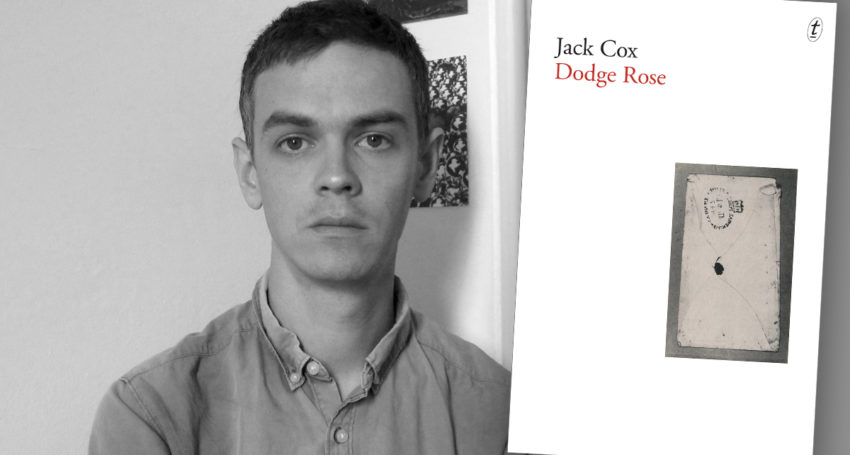 It’s been ubiquitously noted that the publication of Jack Cox’s Dodge Rose in 2016 bucked a number of Auslit publication trends, and some international formal ones. Beginning with the obvious, it was published by Dalkey Archive in the US before being picked up by Text. And stylistically its shock consists in a convincing performance/parody of high modernist textuality, generating some giddy comparisons with Woolf, Becket, Joyce, Stein &c to the point where the critical reaction itself received some short shrift in The Sydney Review of Books. I’ve probably made my own modernist sympathies pretty clear elsewhere, but I think this book is fundamentally A Good Thing and find its intellectual ambitions refreshing. I could be drawing a long bow here but some of the disparagement and pedantry about “modernism as a period” Dodge Rose smacked of the wider intellectual hangover that seems to have taken root in the humanities after the zenith of critical theory

The last decade or so of literary thought has seen a series of repetitive lurches to whichever pseudo-empirical version of second-hand historicism will hold water for a few years. The narrative normally begins with a honey-moon period of roseate expectation punctuated by one or two generative thinkers followed by a clutch of imitatively mediocre career books penned by disciples. Think of the way Bourdieu style literary sociology appeared seemed to solve the relationship between aesthetics and capital until it didn’t – continuing to have not much interesting to say about why someone would have a different response to Keats than Shelley, to Kanye than Drake &c. Next up the brief but heady glory days of world literary studies, which proudly announced and then rapidly retracted an apparent solution to the asymmetry of languages – which turned out to be putting stuff side by side in English.

I’m inclined to be less rude about genetic criticism and manuscript genetics because they produce detail, but there too you get the basics of historicist archive work celebrated as a radical solution. Drafts and notebooks in Texas and Buffalo and Zurich minutely poured over to deduce the importance of commas to the cultural importance of a subsequently produced text in a history of a future – a tautology dressed up as the salvation of textual study. Post-structuralism had its excesses, sure, but Foucault and Derrida were at the very least doing something, and trying to do something new.

This is really all just an ungenerous way of saying that at some point criticism got tired of questions and started settling for descriptions. We don’t ask what a book does – we ask where it goes in relation to a bunch of things we think we already know. Aside from being intellectually stultifying generally, it’s a piss poor way to read something like Dodge Rose, or any new book or idea – reading at it rather than reading it.

Anyway, here’s a gestural go at it. The book opens with a startlingly exact modernist blazon of Sydney, with clipped crystalline imagism framed by the interjections of a liquidly assured voice that knows things it doesn’t, in and out of different locations and timescales, stream of consciousness if you like, the pivotal metonymy of literary modernism evoking a metropolitan city scape, the pivotal metonymy of twentieth century modernity. But from a strident beginning everything begins to slide into uncertainty, without giving too much away Dodge Rose is structured by a series of entangled repetitions and twinnings between 1982 and 1928, echoes in concepts and plot which structure the text into a series of mise en abyme where each section reflects the other even as it distends and distorts its solidity.

As Alys Moody has shown, this device is applied equally to the labyrinthine warren of colonial precept upon which Australian property law teeters, and to the anachrony of Australian  modernism, which like other kinds of Australian writing attempts to relume the cultural power of an expired European past, encapsulating the unheimlich or parallactic dimension of settler colonial writing – sidere mens eadem mutate, a pathetic attempt to catch light from a dead star.

Paradoxically the most epistemologically solid thing in the novel is the absence it circles, the Aboriginal culture which predates the legal and cultural fictions of possession. It’s registered initially through tracks, traces, bits and pieces, the mention of ‘Jacky Jacky’ in the memorial to Edmund Kennedy’s failed 1848 expedition in St James on King street. In the novel’s historically earlier section, placed later in the text, this presence takes the role of ‘x’, an Aboriginal maid acquired illegally by the text’s bourgeois antecedents, who may or may not be the mother of either of the novel’s modern protagonists in 1982. À la Faulkner, the dubious echo of incest and miscegenation throws yet another slant of doubt upon the racial hierarchies of colonial illegitimacy. The dichotomy of Aboriginal presence in the book constant but silent, a ubiquitous absence, reflects the dynamics of erasure and curation of Aboriginality in Australian history. This isn’t the most that writing or literature can do for Aboriginal autonomy, but as I’ve explored elsewhere it’s probably the most that a settler writer can or should do, proceeding negatively to expose and deconstruct the fatuities of colonial mythology.

Moody has linked Dodge Rose’s strange textual epistemology to a distinctly Australian  faux modernism, Ern Malley style, but I wonder if we should place that much faith in periodism – periods being at best retrospective metaphors or useful fictions. It’s been fruitfully argued by Julian Murphet among others that Modernism and Postmodernism are at best uneven descriptions of the aesthetic activity in either period, and Modernist critique offers a strong hauntological alternative to the closure of capitalist realism, under the aegis of which, as Mark Fisher put it, it’s become easier to imagine the end of the world than the end of capitalism. In this heuristic the uncanny modernism of Dodge Rose can be read as a recreated fragmentary past produced by and in opposition to the perpetual instant of the postmodern market.

Cox gives us what Twain called the beautiful lies of Australian history, but this time presented and framed as lies, as a fictive text sustaining itself by deferral, as its first line reads “then where from here” spatially echoing Derrida’s différance in a repetition of Joyce’s anticipation of it in Ulysses : “this verily is that”. Perhaps this linguistic illusion is more than the antipodean tyranny of belatedness, perhaps it’s the regulating principle of secular thought under modernity, what Jameson meant when he defined modernity as a species of rhetoric rather than concept. Jonathan Dunk is the Kenneth Reed Postgraduate Scholar at the University of Sydney, where he teaches literature and critical theory. His scholarship, fiction and poetry have been published in a wide range of national and international journals including

Textual Practise, Tripwire, Meanjin, JASAL, Overland, the ABR, Cordite, Australian Poetry, and the Australian Book Review. He has been shortlisted for the Overland Victoria University prize, and awarded the A.D. Hope prize. He lives on Wangal country.